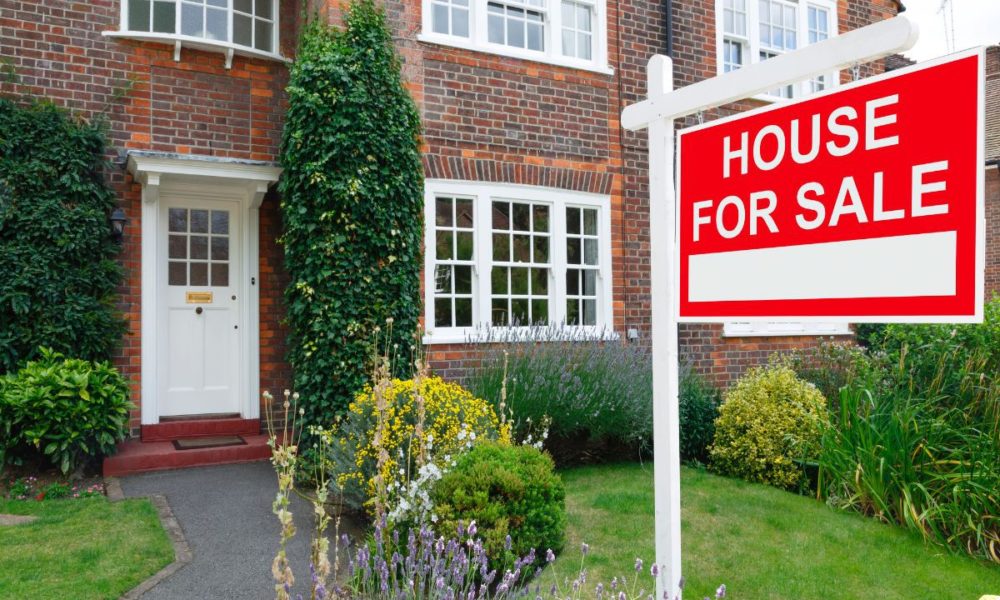 Just days before President Trump returned to the Town of Palm Beach at the end of his term, his name arose in a local real estate news story. Although there has been a great deal of speculation about where the former first family will buy their next home, the real estate article concerned property that Trump-owned six years before the election. Today, a subdivided tract from the former Trump property is going to market for a record price.

In mid-January, a speculation mansion located at 535 N. Country Road went on the market for the unprecedented asking price of $140 million. According to reports, the estate was built on 2 acres along an area often referred to as the North End’s Billionaire’s Row. This expansive property has 21,066 square feet of living space inside and out, including a main home and guest house, with a total of nine bedrooms. According to a recent report, the listing states that 15,350 square-feet of the property is under air conditioning.

The contemporary-style two-story home is fully furnished. The estate, designed by architect William M. Boyle of Boyle Architecture, features a white stucco exterior with “crisp, clean lines” and “Key stone coral details and large expanses of glass.” Inside, the property has an over-sized fish tank near its staircase, a sunken media room with theatre-view seating, family room, formal dining room, bar and lounge area, gym with sauna, and a hair salon. There is also a combination of stonework and hardwood flooring throughout the home’s vast expanse. The master bedroom on the second story includes a terrace with a glass-railed balcony, outdoor fireplace, and television. The estate has a pool, poolside lounge, and loggia, and a separate guest house pool. The home also has 150 feet of oceanfront.

According to a recent report, this is not the first time that this property has made headlines. In 2004, former President Donald Trump purchased a 6.26-acre estate at a bankruptcy auction for approximately $41 million. After the purchase, he carried out renovations and put the property on the market. His reported initial asking price for the entire parcel was $125 million. However, in 2008, Trump sold the property to a trust associated with Russian billionaire Dmitry Rybolovlev for $95 million. According to reports, in 2016, Rybolovlev had a mansion on the land razed and subdivided the tract.

In April of 2018, developers purchased the lot at 535 N. Country Road from Rybolovlev. According to property records, Rybolovlev later sold the remaining adjacent lots for a combined $108.74 million.

According to a recent report, until this listing, the most expensive residential property listed in the Town of Palm Beach was in 2017. That property was a 5.5-acre ocean-to-lake estate at 1500 S. Ocean Blvd.  The home was initially marketed outside of the multiple listing service (MLS) for $137 million in August 2016. However, it ultimately went on the MLS in 2017 for $115 million.