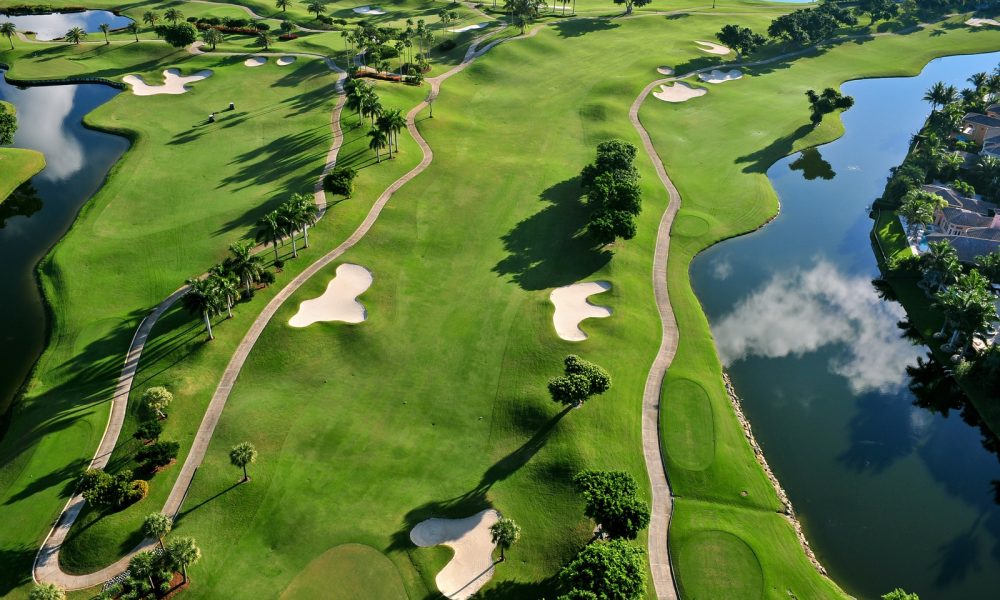 Luxury homebuilder GL Homes is developing a new place for wealthy residents of northern states to flee the harsh winters. They plan to build more than 520 luxury homes on the former site of a 189-acre golf course in West Boca. The new development, which could see home prices starting at $1.3 million, is the first of a three-pronged plan to add over 2,500 homes to West Boca in the midst of an already hot housing market.

GL Homes acquired Boca Raton Municipal Golf Course from the city for $65 million. The deal was first agreed upon in 2018 but finally closed in November following various delays.

The builder is eager to create their new development by Glades Road and the Florida Turnpike, which will feature between 525 and 539 homes, according to Vice President of Development, Kevin Ratterree.

Wealthy homeowners leaving colder states for Florida’s warmth and sunshine have put a strain on the state’s housing market to keep up with the huge demand, which has driven up home prices all over the region.

From Golf Courses to Communities

Transforming golf courses into housing communities is nothing new. More than 1,600 18-hole courses have closed during the past 15 years. In Delray Beach, developers are planning to turn a closed course into a 79-home gated community.

Available land suitable for such development is hard to come by in the eastern portion of Palm Beach County, and because of that, West Boca, with acres of untapped land and open spaces, has become an attractive option for developers. Much of this is unused farmland.

“At some point, the farmers who can’t farm there anymore because it’s not profitable or manageable for them are looking to sell their land and developers are able to purchase that,” Ellen Winikoff, vice president of the West Boca Community Council, told the South Florida Sun-Sentinel. Her organization represents hundreds of homeowners associations around the area.

GL Homes recently acquired over 300 acres of farmland so they can build 679 homes on Glades Road in between State Road 7 and Lyons Road. They also have plans to build more than 1,250 homes on farmland north of Clint Moore Road and west of State Road 7. Both projects are set to go before Palm Beach County Commissioners later this year.

This area is already seeing intense interest and phenomenal growth thanks to the recently opened 13-acre, $200 million Uptown Boca, a residential area and shopping destination near Glades Road and U.S. 441. The complex includes bars and restaurants, an outdoor store and 456 apartment units situated behind the shopping plaza.

This new development growth brings with it some growing pains, not the least of which is additional traffic congestion.

Some West Boca residents feel the former farm property, known to locals as the Johns family land, shouldn’t have an entrance built at its southern boundary near Glades Road, one of several entrances under consideration. Residents fear that a Glades Road entrance would create too much traffic for existing neighborhoods. The residents’ hope is that the county will widen Lyons Road, which will ease some of the congestion.

Traffic congestion isn’t the only thing causing concern among residents of south Florida. Environmentalists are worried Palm Beach County has allowed developers to build up more and more land, which they feel will lead to overdevelopment and slow agricultural production.

Following a 1999 voter referendum, county planners placed a “60/40 rule” on development, which requires 60% of the land to be preserved, while 40% can be used for development.

This rule has slowly degraded over time as more and more homes were built on former farmland in the western part of the county. More than 9,400 homes have been built in the Agricultural Reserve, a region created for conservation of farmland and wetlands. GL Homes has historically been the primary home developer in the Ag Reserve, and has created several exclusive, gated communities there. There is currently no timeline for the West Boca home development.

While the fight between environmentalists and developers will continue, the limited supply of land coupled with high demand driven by wealthy northerners wanting to escape the cold will ensure the south Florida housing market will remain hot for some time to come.

Previous Post
High Fashion Homes: Tommy Hilfiger’s $5 Million Palm Beach Makeover
Next Post
Why it’s Good to Know if Homebuying in Your State is Based on Title Theory or Lien Theory