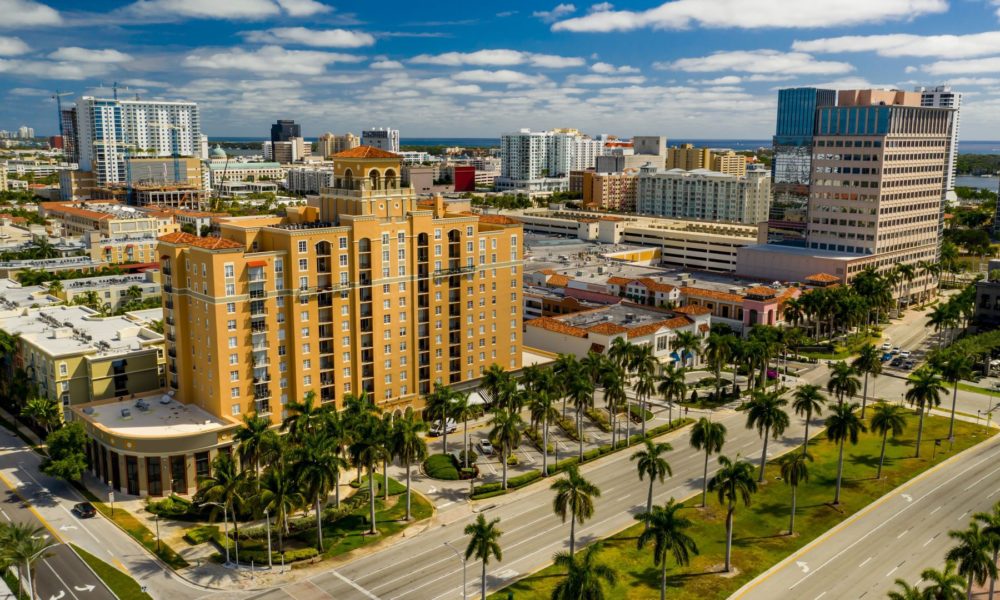 When One West Palm stopped construction earlier this year, it was uncertain how the development would proceed. As the months passed, it became questionable if the 30-story twin-tower complex in downtown West Palm Beach would ever be completed. Recently, the project’s developer, Palm Beach billionaire Jeff Greene, announced construction had resumed. Here are the latest developments with One West Palm:

In April, the $250 million twin-tower One West Palm project stopped mid-construction. At that time, project developer Jeff Greene said that the pandemic had altered the demand for office space and tourism, making further construction cost-ineffective. He asked for permission from the city to build apartments in the second tower instead of the initially planned offices and hotel. However, the city did not grant the request. Greene had already been approved to build beyond the area’s 10-story height limit because he intended to build offices and a hotel.

There were also concerns about allowing a builder to change plans mid-development, setting a bad precedent for future projects. Unfortunately, without a zoning change, the developer and the city remained at an impasse, and the windowless towers stood unfinished in downtown West Palm Beach.

According to a recent article, One West Palm is back on track.  When discussing the project, Greene said, “We’re back to work,” and “We’re building out. We’re not going to skimp on anything.” City officials have reportedly been pleased to see the development picking back up.  According to the project’s plans, there will be 200,000 square feet of office space and 328 apartments in one tower, and 201 hotel rooms in the second tower. The 30-story project is scheduled to be completed by the summer of 2022.

Greene is now ready to finish the project with some adjustments that will need approval from the city. The real estate developer is seeking approval from West Palm Beach for design improvements, which will offer more flexibility for the One West Palm project. He wants more glass to offer apartment residents better views. Greene says that he intends to build the hotel, including a 10,000 square foot gym, indoor pool, game room, meeting space, and food court. The developer would also like to move forward with the office space by using a more flexible design. Specifically, Greene wants to build sliding glass doors that open onto newly added terraces rather than having a curtain of glass.

Greene would also like the option to convert any unoccupied office spaces to residential units if the areas are not occupied within a year. The city has been against unilaterally allowing Greene to develop the offices into residences in one year but has been open to considering financial incentives and working towards a solution.