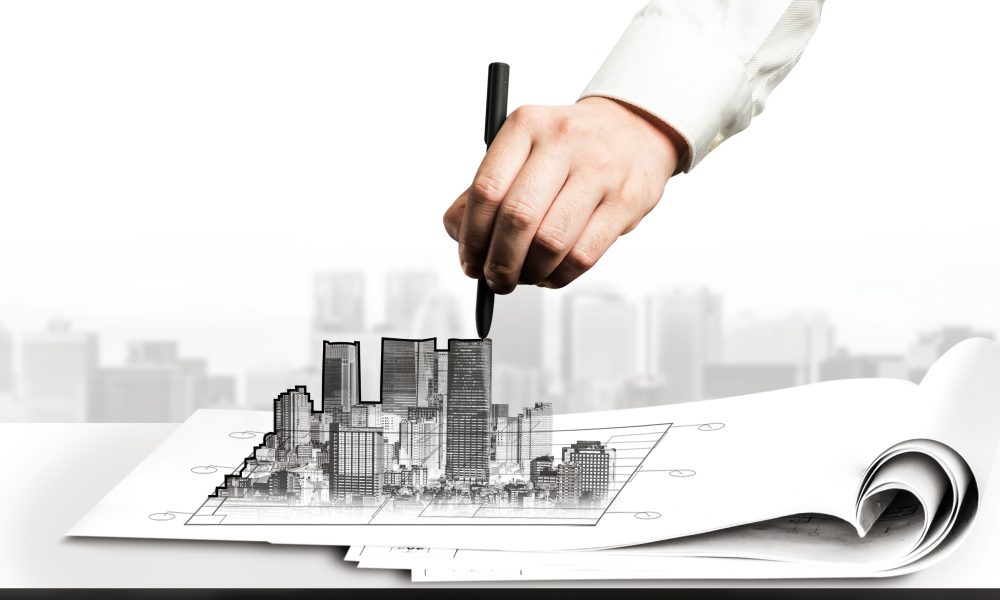 South Florida developers are banking big on light commuter rail, both at existing stations and proposed stops still in the planning stages. These so-called hub stations will combine office and residential space with bicycle, pedestrian, and public transit travel options. Investors and developers are keen on not only redeveloping areas situated alongside existing rail hubs but creating new transit-friendly urban centers in the hopes of attracting new rail stops.

With an eye on attracting young professionals and families to live and work along its commercial corridor, the development projects mix housing with business spaces. With everything they need just a short distance away, people can ditch their cars and walk, bike, or take the train everywhere they need to go, whether it’s to work, shop, or spend a night on the town.

Many cities have adjusted their zoning laws to encourage transit-oriented development, and Jupiter, Palm Beach Gardens, West Palm Beach, Lake Worth, and Boynton Beach have all created special areas in their downtowns to allow for transit-centered development.

This development frenzy is part of an effort to take advantage of a proposed Coastal Link, a rail corridor in eastern Miami-Dade, Broward, and Palm Beach Counties, which, if completed, will bring commuter rail service to many of Southeast Florida’s downtowns, bringing with it tax incentives and other economic perks.

One such development project is the long-planned Transit Village in West Palm Beach, which recently received a new batch of investors. Globe Invest Limited has signed on as an investor in the project, which covers 10 acres on Clearwater Drive and South Tamarind Avenue. Transit Village is close to Interstate 95 and Palm Beach International Airport, and is connected to Tri-Rail, the Amtrak station, and the county’s bus transit center.

The project is not without hurdles. It has been in development limbo for nearly two decades, unable to secure the numerous government approvals required to get started. Developers hope the new investors will move the project forward.

Developers in West Palm Beach are making plans to revitalize the area near an existing Brightline station. Miami-based Lineaire Group, along with New York’s Capstone Equities and Max Ducharme, Senior Vice President of Investment and Development with the Falcone Group, is planning to build a 20-story tower totaling 232,370 square feet. The tower will contain 180 apartments, 130 hotel rooms, 2,457 square feet of retail space, and a six-level 275-car parking garage. The seventh floor will have a pool deck and a courtyard.

The developers stated that what attracted them to West Palm Beach was its easy access to the Brightline transit station. The development faces what is essentially the front door of the Brightline station and will be the first thing a visitor sees when they exit the station.

They are currently working on a brand for the hotel and hope to break ground in the summer of 2022.

In nearby Palm Beach Gardens, developers are making plans for a site near a proposed rail station. PGA Station, so named for the proposed Tri-Rail station developers hope will be built on the site, will include almost 400 apartments and an eight-story office building. The site, which is situated just east of Interstate 95 along RCA Boulevard, is the brainchild of developer Dan Catalfumo.

According to a news article, the apartment building will include 21 studio, 177 one-bedroom, 173 two-bedroom, and 25 three-bedroom apartments, with 40 apartments reserved as workforce housing, which will be priced at around $2,000 per month. This workforce housing will be part of a 20-year deed restriction on the development.

An eight-story parking garage will provide parking for the complex. The development will also include a library, gym, yoga room, and a full-swing golf simulator. Outdoor facilities will include a resort-style pool, a dog park, and a central courtyard with a putting green, seating areas and a fire pit.

The plan for PGA Station involves a move away from pure retail and toward residential and office development like what has been adopted by other major commercial centers in northern Palm Beach County. This shift will involve tearing down buildings Catalfumo once erected on the site decades ago to create a center of activity for future residents.

A groundbreaking ceremony for Fort Lauderdale’s hub station project was held in September of 2019 and last May the city announced its opening. Called, the Downtown Fort Lauderdale Mobility Hub, the project was introduced by the Broward Metropolitan Planning Organization (Broward MPO) to build “upon the proposed transportation projects by creating infrastructure which is supportive of mixed-use development that emphasizes a pedestrian orientation while being consistent with the City of Fort Lauderdale’s vision for the Downtown area.”

The centrally located hub takes up four blocks near the downtown business district and government centers, and connects a plethora of modes of public transportation including the All-Aboard Florida inter-city passenger rail and the higher-speed Brightline, the FEC commuter rail service, Regional Express and local bus services, the Sun Trolley and LauderGo! shuttles, and Broward B-Cycle and ride-share services.

At Rabideau Klein, Florida Bar Board-Certified Real Estate Attorneys Guy Rabideau, Esq. and David E. Klein, Esq., and their law team have the local expertise and experience you need to ensure that your interests are protected during your real estate transaction in the Town of Palm Beach and throughout South Florida. Contact Rabideau Klein today to discuss your real estate legal needs.

Previous Post
What do the new changes to Florida’s closing contracts mean for you?
Next Post
Sale and Renovations of Historic Kennedy “Winter White House” Make History