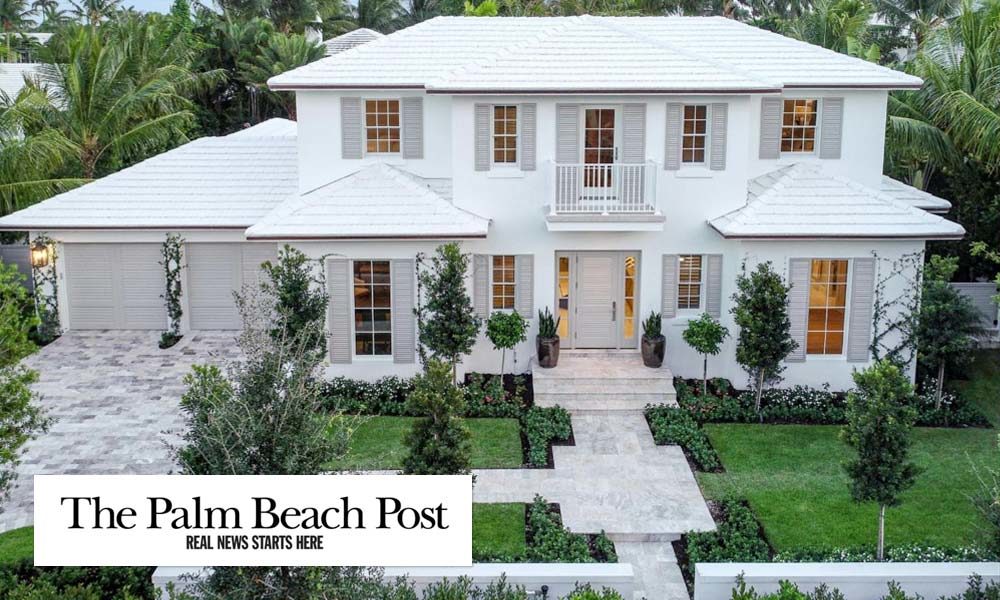 With sales in flux, property showings down and demand for rentals high, Palm Beach real estate pros are adapting to a new normal in the wake of the coronavirus pandemic.

If you’re wondering what the state of the Palm Beach real estate market is right now during the coronavirus crisis, here’s a caveat: It depends on who’s talking.

Some real estate agents and brokers interviewed by the Daily News say they are continuing to work — mostly from home — but are resigned to a slowdown in sales, at least until the health crisis abates.

But others are cautiously optimistic, saying Palm Beach is still well-positioned to attract would-be buyers from out of state, not least because of Florida’s tax advantages, which for months have been cited as a magnet to buyers from other states where levies are far heavier.

Other real estate pros are just trying to put their finger on the mood of buyers and sellers, especially after bustling months of sales that began last summer with a number of big-dollar transactions.

“We were on track for a fabulous year. In this ever-changing market, we’ve been trying to figure out the ‘new normal,’ but no one can really get a handle on it,” said broker Ava Van de Water, whose regional duties at Brown Harris Stevens include managing the Palm Beach offices.

“I think for the most part, everyone is just calm and relaxed. They just taking a wait-and-see attitude, working at home,” she said.

And, Van de Water reported, as of midweek she had seen no canceled contracts in her office in the wake of the health crisis. Some deals are actually closing sooner than scheduled, she added, as buyers and sellers sought to take care of business, not knowing what the future might bring.

’We’ve had quite a few closings that moved up. We just had a closing today that wasn’t supposed to close until the end of next month,” said Van de Water, who supervises agents in Palm Beach and across the bridge.

Sales in the works

Even as news about the pandemic has intensified, some agents still talk with the optimism that characterizes many salespeople, who are always looking ahead to the next deal. Count agent Christopher Deitz of William Raveis South Florida among that group.

“All my (in-the-works) deals are going through,” Deitz said Friday morning.

His deals include the only Palm Beach house to land under contract in the past two weeks, according to an online search Friday of the local multiple listing service. At 266 Fairview Road, the just-completed North End home is co-listed with William Raveis agent Jonathan Duerr and carries a price tag of just under $7 million.

The deal went solid the week of March 15, Deitz said.

That was when news about the pandemic in America began a sharp climb. It was the same week that Palm Beach officials instituted a late-night curfew and extended their declaration of emergency powers. That week also saw The Breakers announce it was closing for an anticipated three weeks, a move that shocked many Palm Beachers with its severity.

“It came right in the middle of all of it,” Deitz said of the contract on Fairview Road. “We had two other offers that came in and this one, which we accepted.′

In that same week, on March 17, Palm Beach agent Steve Hall of Compass Florida put under contract a Midtown condo, No. 4 at 320 Chilean Ave., priced at $870,000. It’s the only Palm Beach condo within the past two weeks to have joined others already marked as “pending” sales in the MLS. The two-bedroom condo has 1,167 total square feet.

“The coronavirus (threat) definitely sped up this transaction, as these buyers were adamant about not going back to New York City and knew their Palm Beach hotel was going to be closing soon,” Hall said.

If sales are in flux, the interest in rentals in Palm Beach continues strong. Agents and brokers say they have been inundated with calls seeking to lease homes from people in areas hard-hit by the illness caused by the coronavirus — New York City, New Jersey and other parts of the Northeast.

Many of those callers had hoped to secure one-month leases with an option to go month to month, only to learn that the town’s laws prohibit such open-ended residential leases. The town regulates its short-term rentals by allowing homeowners to lease out their properties for periods of less than three months at a time, but they can’t do it more than three times in any calendar year.

On Friday, Gov. Ron DeSantis targeted short-term rentals throughout the state in a move aimed at slowing the spread of the illness. DeSsantis put in place a statewide, two-week ban on short-term leases — defined as leases of a “less than 30 days or one calendar month” — of houses, condominiums and other residences that meet certain guidelines. The moratorium specifically did not affect “long-term rentals,” the emergency order said.

The order directed “all parties engaged in rental of vacation rental properties,” as defined by Florida law, “to suspend vacation rental operations. Vacation rentals are prohibited from making new reservations or bookings and shall not accept new guests for check in for the duration of this order.”

The governor’s directive included the “rental of any house, condominium, cooperative, or dwelling unit that is also a transient public lodging establishment.” The order affects any dwelling that “is advertised or held out to the public as a place regularly rented to guests” or otherwise regulated by the Department of Business and Professional Regulation as a vacation rental.

DeSantis’ order doesn’t apply to guests who “are currently staying in a vacation rental” or who had booked a stay and checked in no later than Saturday.

Echoing other Palm Beach agents, Corcoran Group agent Dana Koch said there’s a common thread to most of the calls he has been getting from out-of-state residents looking to lease in Palm Beach.

“They want houses,” said Koch, noting that many of those looking for a rental have little interests in moving into a condominium development where they would be in daily proximity to other residents.

In any year, finding a house to rent during March and April — prime months of the winter season — would be tough, as most properties have long since been snapped up on multi-month leases.

This year, the situation has been compounded, as competition quickly escalated over the past few weeks for the few available for-lease properties, Koch said. And some landlords with vacant properties instead chose to keep them available for their own use.

The upside of the tight leasing market could be that clients with deeper pockets decide instead to buy a move-in-ready house.

“I think people who were sitting on the fence may now make a decision to move,” Koch said, referring especially to people in large cities in the Northeast. “They want to be in a place where they aren’t surrounded by chaos. They want a better quality of life. That’s what Palm Beach offers. Good mental health and physical health are No. 1 on their list.”

Most of the agents interviewed over the past week have reported a decline in the number of their property showings. Some homeowners have asked that showings be curtailed as a precautionary measure against the possible spread of the disease, said two agents, who asked not to be identified.

And some condominiums are discouraging their owners from inviting visitors onto their properties — and that includes real estate agents and their clients.

Broker Linda Gary of Linda A. Gary Real Estate said mid-week that she had shown properties several times over the past two weeks to house-hunters — but carefully, following social-distancing and sanitization guidelines recommended by the Centers for Disease Control and Prevention. She also has only shown properties in groups of three, including her.

“People are taking this seriously, and that’s a good thing,” Gary said.

Agents also have said that when a showing is scheduled, they have unlocked the house and allowed the clients to tour it on their own.

That’s what Dietz said he did on Thursday when he showed his listing of one of the most expensive properties on the island to someone he described as a well-qualified buyer. Priced at $45 million, that contemporary-style house at 520 Island Drive is a vacant, furnished spec project on the north end of Everglades Island.

“I wore gloves and a mask. I let them walk through on their own and maintained my distance,” he said, adding that he experienced no resistance from the client to any of those precautions.

At real estate attorney Guy Rabideau’s office on Royal Palm Way, Rabideau and partner David Klein have been busy handling legal issues related to property sales, the vast majority of which were in the works during what had been an extremely active season before the crisis ramped up mid-month.

“We still have a full book of business for the next two months,” Rabideau said midweek, although he noted a sharp decline in new business, perhaps by as much as 80%, over the past couple of weeks.

But Rabideau said he wouldn’t be surprised if sales activity renews in about a month or six weeks, even if it won’t be as robust as it was before the crisis hit.

“One of the reasons I’m optimistic is that people in New York City are very scared of what’s going on. They see Palm Beach as a better place for living and conducting business,” he said.

“The advantages of moving to Florida haven’t changed. The more people think about it, the better we look.”

Then he added: “We are definitely open for business.”