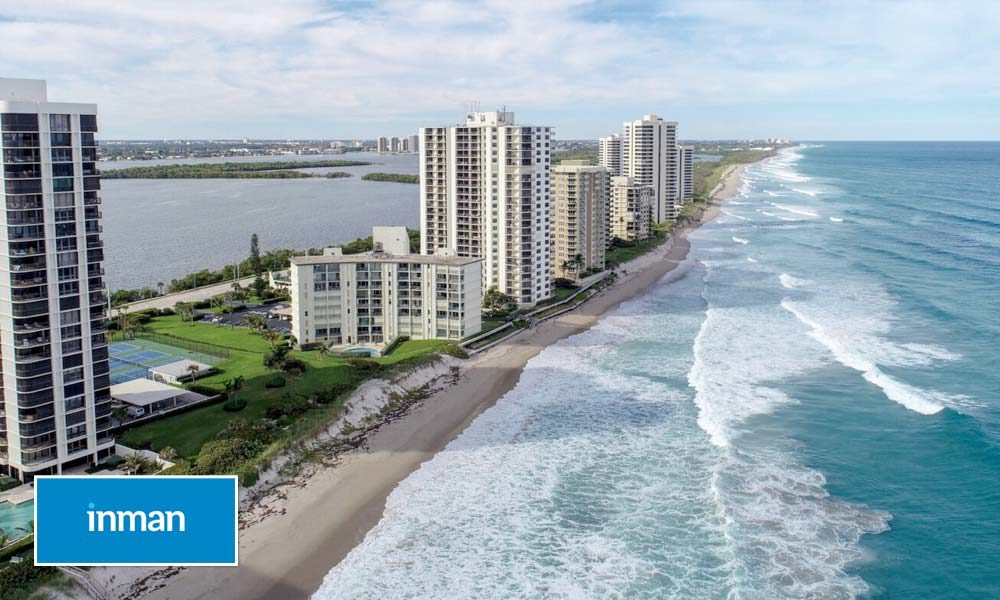 After several weeks of a coronavirus-induced standstill, the luxury real estate market in Palm Beach is showing the first signs of picking up.

The six-month period immediately before the outbreak was an extremely strong one for the South Florida beach town, Palm Beach Daily News reported. Between October 2019 and March 2020, $671 million in single-family real estate was sold — more than double the $253 million that sold in the same period a year ago.

The area is known for its abundance of mansions and role as a winter escape for the wealthy — hedge fund manager Steven Schonfeld broke real estate records when he bought a $105 million estate from beauty entrepreneur Sydell Miller in late 2019.

But then the COVID-19 outbreak hit the United States, and by early April, both the city of Palm Beach and state of Florida had declared states of emergency. While real estate was dubbed an “essential business” in Florida, very few people were traveling, viewing homes or buying real estate at all. Some deals that were already in process closed, but many new ones fell through as would-be buyers sheltered in place while many condo associations outright barred any visitors and made selling impossible.

“During the initial phase (of the health crisis), a lot of people panicked and tried to cancel contracts,” Guy Rabideau, a local real estate attorney, told Palm Beach Daily News. “But activity picked up last week and this week it appears to me we’re having a near-normal week for the season. I can’t quite believe that, but it looks like we have turned the corner on panic.”

Several Palm Beach agents reported increases in interest for local properties. Much of it comes from affluent Northeast buyers who want to come down to Florida, where the weather is nicer and the number of new cases has slowly started to even out. The interest has mostly been for properties above $10 million and below $4 million, which is considered the lower tier for luxury real estate in Palm Beach. Interest in properties worth between $5 million and $8 million has not yet picked up, agents said.

There has also been a strong demand in renting a large mansion for a couple of months, Linda Olsson, of Linda R. Olsson Inc., said. She is receiving questions about renting an estate for several months amid current health-related uncertainty. While Palm Beach has always been an escape for the affluent, it has become more popular as the pandemic improves slightly but not enough for people to feel comfortable in cities like New York.

“We’re getting a (prime) seasonal rental rate for the summer months for houses,” Olsson told Palm Beach Daily News. “I have people paying $30,000 or $40,000 a month in the summer for houses. That’s what they would normally be paying during the (high) season. Off-season rentals might usually be $25,000 a month.”

Still, it is too early to say definitely whether current buyer interest is going to lead to a long-term increase in real estate activity — as much regarding the novel coronavirus situation is still uncertain, a new spike in cases could immediately change both buyers’ and sellers’ plans.

“I think there are stirrings of optimism — I think that’s a good way to put it,” John Hackett, a broker who leads Corcoran Group’s office in Palm Beach, said.