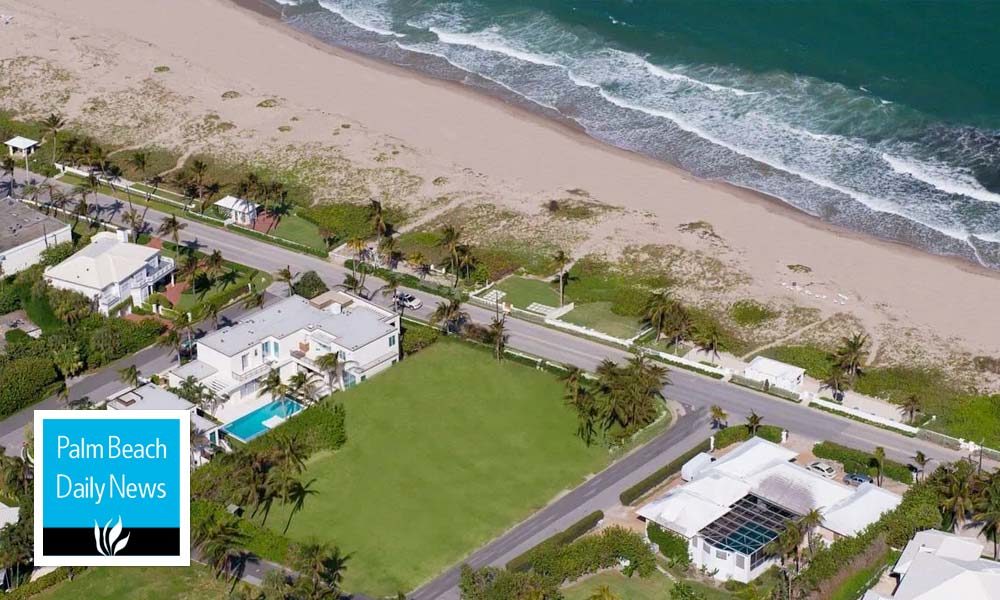 A beachfront vacant lot sold vacant this week for just under $12 million at 1332 N. Ocean Blvd. on the North End of Palm Beach.

On the buyer’s side was the 1332 Ocean Trust, for which Palm Beach real estate attorney Guy Rabideau serves as trustee.

On the corner of Ocean Terrace, the double lot measures about a half-acre and faces about 116 feet of shoreline across the coastal road. But only about 50 feet is deeded to the property, according to courthouse records. The lot lies about three-quarters of a mile from the northern tip of the island

The deed recorded Thursday at $11.975 million lists the seller as Palm Beach homeowner Vickie Giardina, who is also known as Vickie Scheuer. She acted as trustee of the Avery PB Realty Trust, which bought the property in two transactions totaling $11.05 million about six years ago.

Giardina and the trust paid a recorded $7.5 million for the oceanfront half in June 2014, property records show. That same month, she and the trust bought the lot immediately to the west for a recorded $3.55 million. At the time, both lots had houses, which have since been demolished.

Gary and Darnell’s sales listing described the property as “shovel ready” and said it could accommodate a house of about 10,000 square feet.

“It is just a beautiful piece of land with a great elevation offering stunning ocean views,” Gary said Friday.

The property was once marketed with a set of architectural plans that had won town approval. Those plans were designed for an extensive remodeling project for the 1990s-era oceanfront house that once stood on the lot. They included a separate guest wing addition, a new pool and a four-car garage on the west side of the lot, which would have boosted the total living space from 6,173 square feet to more than 10,000 square feet.

Giardina has acted as trustee for trusts in the purchase of property in Boston and Nantucket, Mass., property records show.