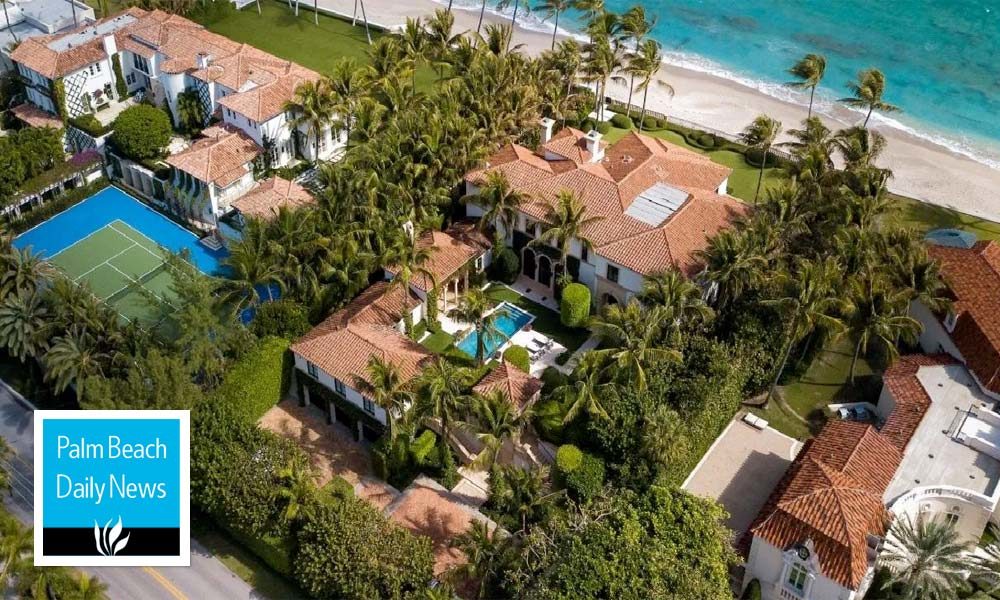 Who would have guessed that a global pandemic would drive the Palm Beach real estate market into a single-family sales frenzy that hit its peak during the summer off-season?

But that’s exactly what happened in the months following the first coronavirus-related emergency order issued by town officials in mid-March. The demand for housing that began late in the spring was initially driven by residents who lived in what was then one of the country’s primary hot spots — the Northeast in general and New York City in particular. Many were desperate to get out of cities and eyed Palm Beach for houses with privacy, back yards, open-air loggias and space to breathe, real estate agents and brokers agree.

But as the new season begins, Palm Beach house-hunters are finding that months of unusually strong sales and leasing activity have depleted the inventory of single-family houses.

An online search of the multiple listing service Oct 13 showed 98 properties available for sale — far fewer than usual for this time of year by any calculation, said John Hackett, whose regional duties at the Corcoran Group include overseeing the Palm Beach office.

“Inventory lows are the big story right now,” Hackett said. “Historically, people don’t list (many properties) this time of year, in September and October. But these (low) numbers are unusual. We ate through a lot of the inventory — and there wasn’t much to begin with.”

Many of those summer sales were significant, dollar-wise. Between May 1 and Oct. 12, 21 single-family properties in Palm Beach sold at prices recorded at $12 million or more — including two sales in June that hit $70 million each, according to courthouse records.

In comparison, during the same period last year, 17 properties changed hands at $12 million or more during what proved to be an unexpectedly busy summer. In fact, last year’s bustling summer had ended a multi-month slump for higher-dollar sales. Once sales picked up last summer, they continued apace into the autumn and through the New Year until the arrival of the pandemic put the brakes on the momentum, albeit temporarily.

The go-go sales numbers this summer were analyzed in the third-quarter reports just issued by a number of agencies that do business on the island.

The report from Sotheby’s International Realty, for instance, parsed single-family sales recorded in the MLS for July, August and September — and found the number of sales jumped 200%  over the same period last year.

At Premier Estate Properties, the Frisbie Team’s third-quarter Palm Beach report, which compiles off-market sales as well as those recorded in the MLS, noted that sales of single-family properties in the third-quarter generated about $582 million, a 41% increase over the same period last year.

The Frisbie report, prepared by agent Suzanne Frisbie, also looked at the year so far as a whole. At the end of the third quarter, the Palm Beach market had “already surpassed the entirety of 2019’s year-end transaction count by 56%, 2019’s year-end dollar volume by 41% and 2019’s year-end median sale price by 18%.”

The third-quarter reports issued by Brown Harris Stevens and the Corcoran Group also reflected a summer market that seemed like it was running on jet fuel.

“Not surprisingly, the numbers are astounding,” Brown Harris Stevens Managing Broker Ava Van de Water, who is based in Palm Beach, told the Daily News. “This has been our busiest summer ever.”

The rush to buy homes followed a rush to rent them in the spring. By the beginning of April, the demand for single-family rentals already was beginning to exhaust the supply, real estate agents reported.

Then, as the health crisis began to escalate, condominium associations all but shut down their complexes to outside visitors — including real estate agents and their clients. That move also sent some would-be renters into the single-family market instead.

By May, the rental market was tighter than tight and the sales rush for single-family homes was on, especially for never-lived-in new houses or renovated properties that were move-in ready.

In addition to the pandemic, the island’s traditional attributes — security, natural beauty, fine architecture and year-round warm weather — along with Florida’s favorable tax picture proved to be powerful draws.

Many New Yorkers who were locked down in their condo towers decided that Florida would be a far more comfortable place to weather the crisis — especially since the pandemic showed many workers they could do their jobs from home, wherever home might be.

And as the health crisis has dragged on — and Wall Street’s performance has remained generally strong — real estate agents have reported calls from clients not only in the Northeast but also high-density areas as far flung as Chicago and California. Those calls came even after Florida finally joined the list of the country’s virus hot spots over the summer, agents and brokers report.

Even the uncertainty surrounding the presidential race, which in other years dampened sales as would-be buyers delayed purchases until after Election Day, seemed to have little effect on the Palm Beach market.

Single-family sales aside, the island’s condo market also has brightened in the months since last spring, when sales all but ground to a halt. Sales of condos and co-operative units were up in the third quarter, especially for more expensive apartments in Midtown, according to the sales report from Sotheby’s International Realty. The number of condo sales saw a hike of 88% and total dollar volume rose 200% — from  $22.8 million to $68.4 million — in a year-over-year comparison, the report showed.

In the South End, the number of third-quarter condo sales was up by 3%, although total dollar volume was 11% lower, the Sotheby’s report showed.

Elliman agent Joan Wenzel, who has specialized in selling luxury condos during much of her 28-year career, has seen the resurgence firsthand. It hasn’t showed signs of abating, she said.

“I’ve been showing a lot. It’s usually so slow this time of year but I have closed several sales,” said Wenzel, “The interest (right now) is more than I have seen before at this time. This is my spring. These are the sales we should have had in March, April and May.”

So what will the new real estate season bring in Palm Beach? Here are a few more observations that reflect a consensus of discussions with agents and brokers.

That buying frenzy has left only a few spec houses on the market. Developers are now scrambling to find new properties at prices that would ensure them a profit once the new house is completed and sold, said developer Todd Michael Glaser, who said he has three Palm Beach projects in the pipeline.

“A lot of the (developers) who were doing spec houses were caught off guard and sold their properties more quickly than they expected,” Glaser said.

With vacant land and even outdated houses in short supply, he added, “I’m finding multiple offers are being made on the same property.”

And demand for rentals has been so high that off-season rates — typically half of what might be charged during January, February and March — have vanished. A house that might have rented for $50,000 or $60,000 a month during the high season is now being offered at that rate year-round, Olsson said.

The bustling rental market, she added, may even entice some homeowners to lease out their houses this season — if they have another residence available for their own use.

And since some buildings allowed homeowners to remodel over the summer, there may be recently updated units headed to the market this season, Wenzel said.

Corcoran’s Hackett, meanwhile, says he expects this season to see more off-market deals arranged privately by agents and brokers, who may be able to persuade an owner to sell if another house is available.

Even with the inventory limitations, brokers and agents appear generally optimistic that deals will be struck.

“Demand is high, so, of course, supply is down and prices are stronger than ever,” Olsson said. “But there are some great houses out there. There just aren’t as many of them. But we’ll still be making deals.”

And some buyers who end up stymied while looking for the house of their dreams, Hackett added, may explore other options, including condos.

“We certainly don’t see this season as being standard as far as inventory goes,” he said. “And some people will come back to Palm Beach (from their summer homes) and will be quite excited to see what’s going on in the market (regarding sale prices). They may say, ‘Show me some property. If I find something I like, then I’ll put my house on the market.’”