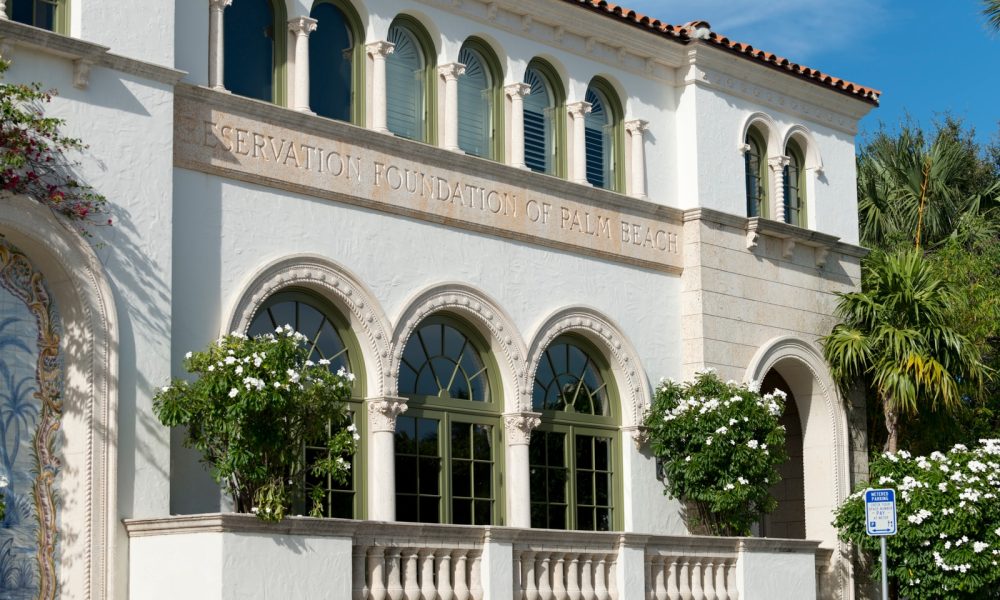 While Palm Beach Florida has always enjoyed the uncontested status of a preferred oceanside destination of the rich and famous, the preservation of its unique interpretation of elegant coastal living, as originally defined by the abundant wealth and mindset of the one-percenters of the Roaring 20’s, is no coincidence.

Sandwiched between the Atlantic Ocean and the Intracoastal Waterway, the island town boasts a rich architectural heritage unlike that anywhere else in the country. Throughout its history, celebrated architects created inspired structures that drew upon Spanish, Moorish, Mediterranean, and South American building traditions and, as such, differentiated itself from the norms of 20th century American architecture. Many of the original mansions still stand, unblemished and protected by their historical home status.

Today local officials seek to continue to preserve and pay homage to these traditions when reviewing applications for new builds. Those efforts can become a complex public production involving lawyers, investors, architects, and residents, as illustrated in the following events. Here are just a few rejected new home building plans that were submitted to the Town of Palm Beach and the reasons they were denied.

Last August, the Palm Beach board rejected plans for a mid-century modern spec mansion to be built on the former property of disgraced financier and convicted sex offender Jeffrey Epstein. The property at 360 Brillo Way was purchased in March of 2021 by Todd Michael Glaser for $18.5 million who demolished the six-bedroom, 14,000 square-foot mansion that stood there, and with the town’s permission, changed its address from 358 El Brillo Way to 360 El Brillo way. Epstein had purchased the property in 1990 for $2.5 million.

“I think this house would look great in Miami,” said board member Betsy Shiverick, “but it looks almost alien in Palm Beach.” The board denied approval of the plans, so Glaser will have to go back to the drawing board.

Last October plans for an expansive, Italian style villa to be built at 756 Hi Mount Road, one of the highest points in Palm Beach, were rejected by ARCOM.

Board members were impressed by the blueprints for the estate, where the whimsical Italian styling used raised rear landscaping to create a look like a “villa on a Lombardy hillside ”and included tile roofs, outdoor terraces and two sets of split stairways leading down to the seawall. However, they said that the home is too large for the sixth tenths of an acre lot and were concerned by how massive it would look when viewed from Lake Trail. Palm beach residents, neighbors Christine and Robert Baker had objected to the proximity of the project to their house at 766 Hi Mount Road.

The lot was originally home to a much smaller and more modest 3,887 square foot house, built in 1951, which was razed after an LLC bought the property in July of 2020 for $15.2 million.

The new home’s design has 11,073 square feet of living space and includes a number of open-air terraces and porches. A partially exposed sub-basement would add another 6,121 square feet of air-conditioned space, and would include a garage, elevator, and storage. The sub-basement was also an issue because it would need the Town Council to approve a code variance, one of several needed for the project involving building height and other issues.

The board suggested scaling it down, especially on the side nearest the Bakers. Commissioner John David Corey also suggested eliminating a non-usable tower that projects above the roofline.

Subsequently, Ken Tate Architect and SMI Landscape Architecture redrafted their designs and the project was re-submitted and approved.

Board To Give Ocean Lane Spec Home Another Look

Previously rejected plans for a contemporary-style spec home on the North End at 7 Ocean Lane are getting a second look thanks to the Palm Beach Town Council. ARCOM summarily rejected the design in a 4-3 vote, stating that the house appeared “too boxy, too bulky and too big for the land.”

The ruling was appealed last March, and the Council agreed to give developer Carl Sabatello another chance to convince the architecture board of the merits of his design. The home’s design had won praise from previously skeptical neighbors, including the widow of late Fox News chief Roger Ailes.

However, Sabatello’s real estate group ended up selling the empty lot for $39 million to another developer in a private transaction as recorded at the County Clerk’s office last February.

In what has to be one of the strangest home design and development stories of the year, the U.S. Supreme Court has declined to hear a First Amendment case involving architecture.

Palm Beach resident Donald A. Burns claimed in a federal lawsuit that the Architectural Commission violated his First Amendment right to free expression when it rejected his plan for a contemporary-style house he wanted to build at 1021 N. Ocean Boulevard. He was denied permission in 2016 and has since sold the lot.

The case would have been precedent-setting in that it involves an issue the Supreme Court has never addressed definitively: Is architecture protected as free speech by the Constitution? And in this particular case, did the town violate Burns’ First Amendment rights by denying his home design based solely on aesthetics when the design met all zoning requirements?

This request to have the Supreme Court hear his appeal came after Burns lost in federal district court in Miami in 2018 and in the 11th Circuit appellate court in June 2021 in Atlanta.

The architecture board declared that the home was “excessively dissimilar” to others. It would have replaced the traditional Bermuda-style home Burns owned for 20 years. Landscaping would have screened most of the home from view, though the east side could be viewed from the beach, according to the plans.

The board voted 5-2 to reject the design due to its marked difference from other homes in the area. Neighbors objected to the home’s style and size, saying it was unattractive and would intrude on their privacy. Burns sold the estate in October 2020 for $28 million and bought another home in Palm Beach. The Supreme Court did not give a reason for declining to hear his case.

Whether you are planning to buy, sell or build real estate, the Florida Bar Board-Certified Attorneys David E. Klein, Esq. and Guy Rabideau, Esq. at Rabideauklein.com are ready to assist you in building and preserving your real estate investment with experienced legal oversight. The firm has a long-standing reputation for helping with luxury property acquisition and disposition, complex zoning and construction compliance, and various land issues. Contact Rabideau Klein to discuss the legal implications of your next Florida property move.