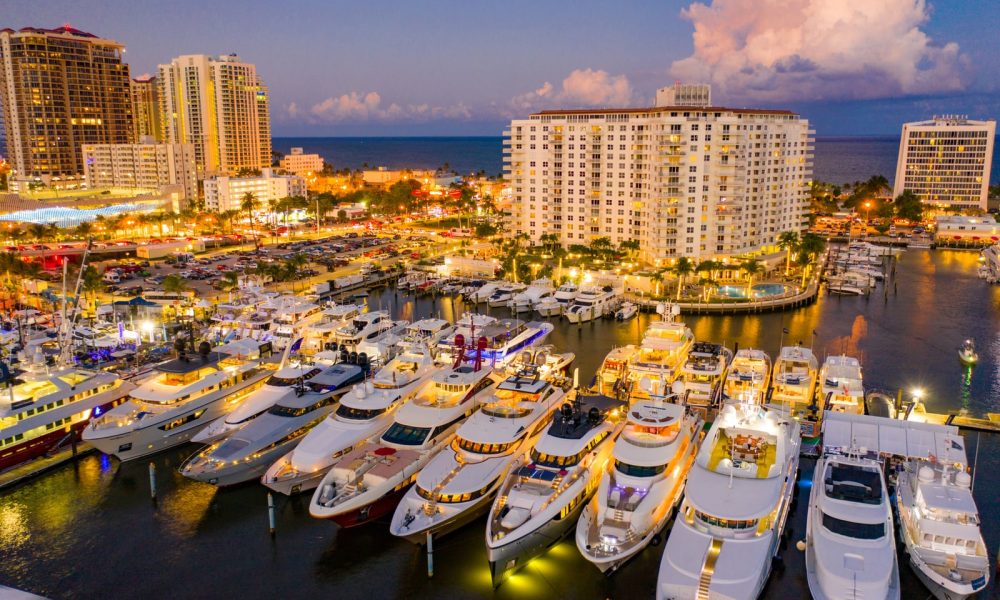 In what appears to be a real headscratcher, the plan for a high-end, mixed-use development next to Fort Lauderdale’s Bahia Mar marina has hit yet another snag, and Florida real estate lawyers are now involved.

The annual Fort Lauderdale International Boat Show, held on part of the 39.5-acre site Jimmy and Kenneth Tate, of North Miami-based Tate Capital, want to redevelop, has long opposed the project, in part because they feel it would cut the space allotted for the boat show.

The Tates, through their affiliate company Rahn Bahia Mar, LLC, plan to develop 350 condos and 88,000 square feet of commercial space on the Bahia Mar property. The pair also plans to build a new hotel that will replace the existing 296-room DoubleTree hotel located at 801 Seabreeze Boulevard. The proposed new hotel will have 256 rooms and 60 condo-hotel units.

In what would prove to invite real estate legal ramifications, April Fort Lauderdale commissioners voted to lease the city-owned property to Rahn Bahia Mar, LLC for up to 100 years.

The project currently has a new wrinkle. The Marine Industries Association of South Florida (MIASF), the company that puts on the boat show, have attained a real estate lawyer and is suing Rahn Bahia Mar LLC over a lease agreement “gag provision” that prohibits them from speaking out against the project to city officials and possibly even the general public, according to the complaint filed in Broward County Circuit Court on March 14th.

Tate’s affiliate leases part of the property to MIASF and the boat show’s production company, Yachting Promotions, for the five-day event held each fall, which brings around 100,000 visitors to Fort Lauderdale each year. That lease, signed in June 2017, imposes the “gag provision” that prevents the boat show from discussing the Tates’ development project directly with city officials.

The complaint alleges that the gag ruling is “unenforceable” because it applies only to the project as it was proposed at the time the lease was signed. The development plan has changed since then, which makes the “gag” clause moot, according to the suit.

The Bahia Mar redevelopment has been pending since 2014. Following the project’s approval in December 2017 the city asked the developer to tweak the site plan to compromise with the boat show.

In addition to the hotel and commercial space, the new development plan also includes about 250 yacht slips at the marina, three acres of public park and promenade space, and a public marina village and waterfront dining.

The new plan includes more open waterfront and space for the boat show than in the previous site plan. According to Jimmy Tate, the boat show’s organizers approved the new plan, but they deny this claim.

According to attorney Sigrid McCawley, who represents the boat show owner and manager, Marine Industries of South Florida and Yachting Promotions Inc. have the right to speak freely about the Bahia Mar proposal.

Previous Post
Little Florida Towns are Beating Out Big City Real Estate Numbers
Next Post
Stealth Contract Flipping: Are Florida real estate attorneys the only ones that know about this?

Is Your Florida Home Insurance at Risk? New “Home Hardening” Law, May Help.

The Problem with Appraisals: Luxury Homes are NOT Created Equal