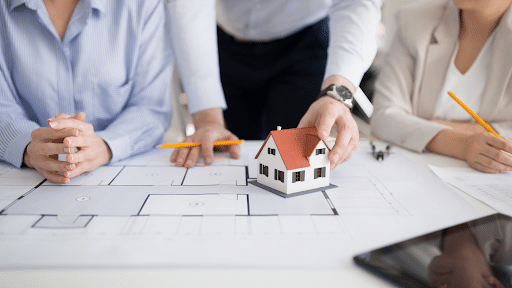 The current housing market is booming and luxury homes continue to be in high demand in the Town of Palm Beach. According to Forbes, “as the demand for residential real estate has increased, the scarcity of homes for sale has created a logjam on the supply side.” With a lack of available property in the area, some developers are buying homes that are to be razed and completely re-building. Generally, due to the fact that these properties are older or are completed in a style that does not suit their new owners, it’s a more convenient endeavor and oftentimes less expensive to start from scratch than to renovate.

However, it may also be that a home’s history makes it less desirable to prospective buyers. Earlier this year, one such home was sold and was torn down with plans to rebuild. The residence, located on historic El Brillo Way, was once owned by convicted sex offender Jeffrey Epstein. In July, the Epstein home was demolished, and recently, the new property owner requested approval from the Palm Beach Architectural Board to build a new structure at the site. Palm Beach Post reported that officials said the house was too large for the property and would be inharmonious with neighboring homes. However, the proposed plans for the former Epstein property have reached an impasse.

In March of this year, noted Palm Beach and Miami developer Todd Michael Glaser purchased the property at the end of a quiet dead-end street in Estate Section, once owned by the disgraced financier, Jeffrey Epstein, for $18.5 million.

According to the Miami Herald, the notoriety of the property, no matter how dark it may be, likely drew more buyers’ attention to the property. Nelson Gonzalez, senior vice president of Berkshire Hathaway HomeServices EWM Realty and a veteran of South Florida celebrity listings stated “Although these people are criminals, there’s intrigue.” The homes often sell faster than the average amount of time a home is on the market, Gonzalez said, due to the amount of media attention.

Glaser was a part of 360 El Brillo LLC, a limited liability company. Glaser acquired the residence, then re-located at 358 El Brillo Way with plans to raze the structure and build a speculation property on the site. The developer later went through with his plan to tear down the home and changed its address to 360 El Brillo Way.

The lot looks out on the Intracoastal Waterway toward Tarpon Island and Everglades Island, smaller islands just west of the barrier island that comprises Palm Beach. Property records show this West Indies-style house had a total of 14,223 square feet. According to the Miami Herald, the once-standing house had six bedrooms, seven bathrooms, a half bathroom, pool, staff house and three-car garage. The property measures about an acre with 170 feet of frontage on the Intracoastal Waterway, about 2 miles north of former President Donald Trump’s Mar-a-Lago Club. The property was sold by Epstein’s estate.

The Palm Beach house was one of the places where Epstein sexually assaulted underage girls and young women, among other locations in a multi-year scheme. Epstein, who has homes in Palm Beach, along with Manhattan, New Mexico, Paris and in the U.S. Virgin Islands, sexually abused nearly three dozen girls, mostly 13-16 years old, at his Palm Beach mansion from 1999 to 2006, according to the Miami Herald. He used the girls to help recruit other young girls as part of an operation that ran similar to a pyramid scheme.

Epstein hanged himself, authorities ruled, in August 2019 while in federal custody in a New York City jail cell after he was charged with conspiracy and sex trafficking. In 2008, Epstein had received a controversial 18-month sentence after pleading guilty to lesser state charges in Palm Beach County.

The sellers, Glaser and his partners, demolished the existing house and listed the vacant lot in May for $29.95 million. Glaser previously told the Palm Beach Daily News it was personally satisfying to knock down the house. “Finally,” was his comment when he demolished the house in April. Given the strong demand for homes in Palm Beach as more wealthy people move to the area, the value of that property sharply increased, even without having a home there. He sought approval for a new home there, but town officials rejected the plans in July 2019, Glaser said. The new owner will have to obtain town approval for a new home.

But now, venture capitalist, David Skok, is the buyer of the late Epstein’s Palm Beach estate, which sold for $25.845 million. Lawrence Moens of Lawrence A. Moens Associates brokered the deal.

Skok, a partner at Matrix Partners in Boston, and his wife, a Boston-based interior decorator and designer of wallpapers and fabrics, are seasonal residents of Palm Beach and own a vacation property on the North End. They purchased the waterfront property through a trust, property records show.

Last year Glaser indicated that he wanted to create an “Art Moderne-style house at the site in the style of Villa Today, a lakefront Estate Section house designed in 1931 on Via Bellaria by noted society architect Maurice Fatio.” Recently, the Palm Beach Architectural Board considered Glaser’s proposed plans for the lakefront residence. After demolishing the home, Glaser initially tried to build another mansion of the same size in its place, but the Palm Beach Architectural Review board rejected the design. Glaser eventually scrapped plans to get a design approved and simply sold the property. The home’s design was prepared by award-winning architect Kobi Karp of Kobi Karp Architecture and Design. In keeping with Glaser’s original concept, Karp’s plans offered an Art Moderne-influenced home with curved walls and metal details. However, these features appeared to be a departure from those of its neighboring properties. Some board members expressed that Karp’s design would work better in a Miami or Arizona desert community rather than on El Brillo Way. Commissioner Betsy Shiverick described El Brillo as a “very historic and stately street.” Shiverick appreciated Karp’s work, commenting that “It’s a great design but just not for this street in this particular town.” Similarly, Commissioner Alexander Ives expressed his admiration for some of Glaser’s other projects in the Town of Palm Beach. He remarked that while the Karp design may be “very good,” it was not right for the location. According to a Palm Beach Daily News recent report, the board ultimately determined that the proposed plans for 360 El Brillo Way did not align with the character of the town’s Estate Section.

Part of the issue with the modern design is that 360 El Brillo way is situated in one of the Town of Palm Beach’s historic neighborhoods. This neighborhood is home to some of the prime properties in town, thanks to its historic character and secluded, in-town location, real estate observers say. The newly designed home would have been located at the end of the lake block of one of the Estate Section’s “El” streets. Many of the residences there were originally designed and built during the 1920s and 30s. There are also numerous traditional homes and some that have been completed in a Mediterranean style. The former Epstein property was designed and built in 1952 by noted society architect John W. Volk.

Karp expressed appreciation for the board’s feedback. According to a recent report, Karp will be returning in October with new design plans for 360 El Brillo Way for the new owners.
The deed shows the lot was bought through a trust named after the property’s address. The trust’s mailing address is listed in care of the Rabideau Klein Law Firm in Palm Beach.