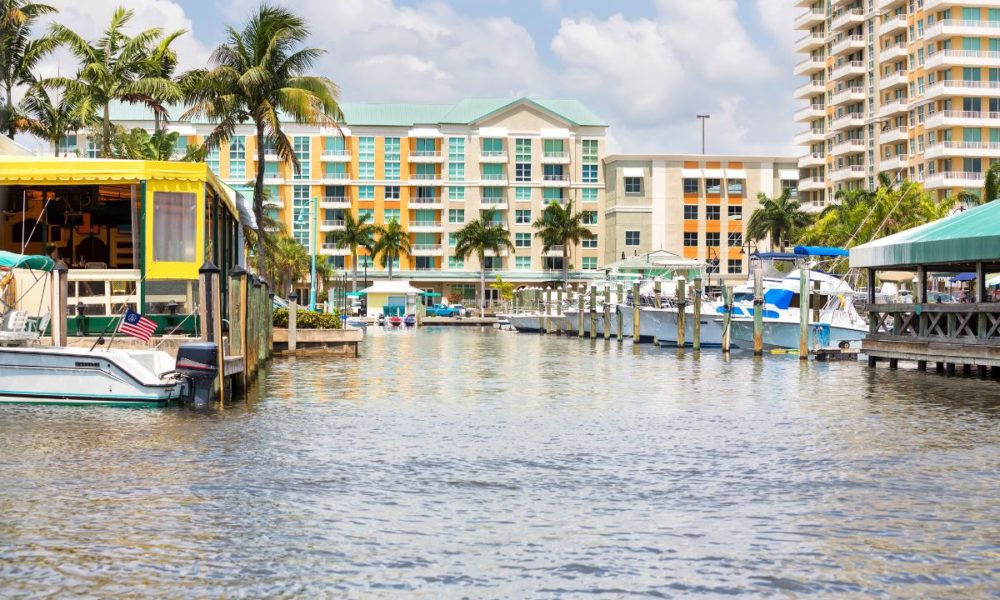 Recently, commercial developers PEBB Enterprises and Banyan Development acquired ten acres of land west of Delray Beach near Atlantic Avenue and Lyons Road. The two entered into a joint venture to build a shopping center near two other shopping plazas (Plaza Delray and Shop Delray) in the same area. However, due to the project’s size, another builder will have to surrender acreage, or the county will have to increase the commercial development cap for the Agricultural Reserve (Ag Reserve) for it to move forward. In the meantime, PEBB Enterprises is continuing to develop one of the neighboring shopping centers, Plaza Delray.  Here is more on this joint venture and the spring plans anticipated for Plaza Delray.

Plaza Delray is currently under construction. The new shopping center will be located near West Atlantic Avenue and Lyons Road and will feature several restaurants and a Dunkin’ Donuts. According to the developer’s website, the project’s plans include “30,700 square feet of restaurants and service-oriented retail shops. Salon Suites and Anderson & Cole Nail Spa are also leasing space at the project. Dunkin’ is set to occupy an outparcel with a modernized version of the coffee chain’s store locations and drive-thru.” According to a recent report, Plaza Delray is expected to be ready by May 1, 2021.

Commercial Developers PEBB Enterprises and Banyan Development paid $2.1 million for the parcel of land planned for a new shopping center near Atlantic Avenue and Lyons Road.  Both builders are based out of Boca Raton and have been active in areas west of Delray Beach and Boynton Beach.

Ian Weiner, president of PEBB Enterprises, commented about the deal, “With all of the residential development going on in the region, we believe it will support another shopping plaza.” The new site purchased by PEBB and Banyan is just to the east of Plaza Delray. Weiner said the parcel was particularly attractive because motorists traveling west on Atlantic will be able to turn left onto the site.

Banyan Development’s Shop Delray, the other neighboring shopping center, is operational. Both Shop Delray and Plaza Delray are situated on 5-acre parcels. The proposed center would have the same Atlantic Avenue frontage but would be almost twice as large. If the shopping center is built, all three plazas could be cross-connected to total more than 100,000 square feet.

Development and the Ag Reserve

The problem that PEBB and Banyan face with getting the third center build is that the 1.1 million-square-foot commercial cap in the Agricultural Reserve has already been reached. The Ag Reserve is the only part of the county with a commercial cap.

Some developers have been approved for area projects for years and have not used acreage. Some county commissioners want to require developers to either build or surrender the acreage allocated to them for their projects. PEBB Enterprises and others would benefit if this change were to be implemented. Another option is to increase the cap.

In a recent article, Weiner commented that he’s confident that the joint venture will eventually be allowed to build on the site. Plans will be put in place once the county reviews the cap law. If permitted to build, Weiner believes it may be years before the project is completed since the county must develop and approve plans.

If the proposed project is developed, the new shopping center would be the third development of this kind on the south side of West Atlantic Avenue near Lyons Road since October 2019.