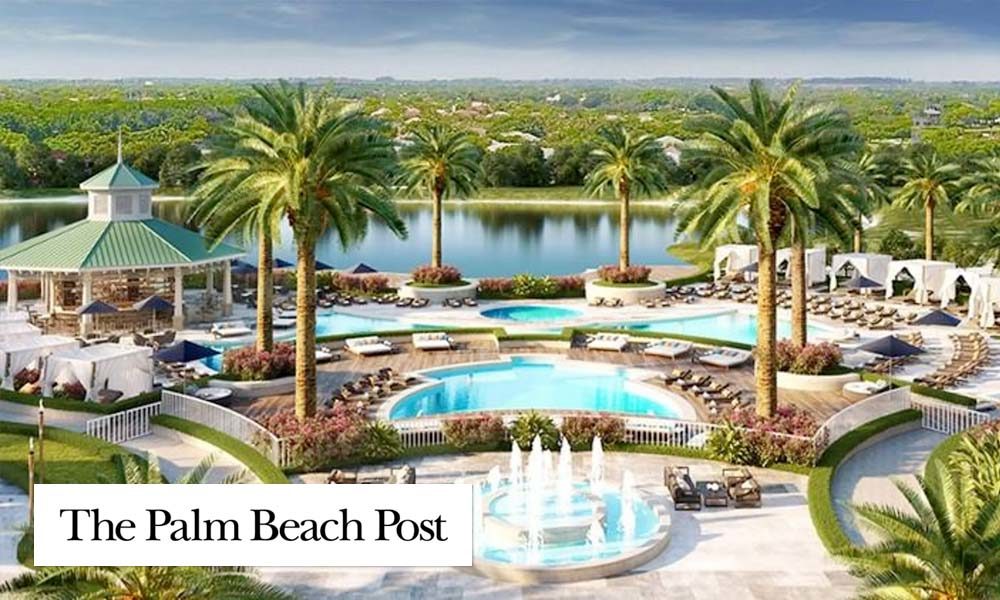 
The developer of the Banyan Cay Resort and Golf was charged by the federal government last week with conspiracy to commit health care fraud, raising questions about whether the charge will affect construction of the long-delayed resort in West Palm Beach.

Domenic Gatto, a 46-year old Palm Beach Gardens resident, is one of five men charged in what the U.S. Department of Justice described as a $65 million “nationwide kickback and bribery scheme” to order medically unnecessary orthotic braces for Medicare beneficiaries.

Also charged was Thomas Farese, a 78-year old Delray Beach man once described as the consigliere of the Colombo crime family in a 2012 affidavit from an FBI agent filed in a New York court.

Last week, Gatto surrendered and, via video conference at the federal courthouse in West Palm Beach, appeared before a U.S. magistrate in New Jersey, the Justice Department said.

Gatto is the developer behind the $100 million Banyan Cay complex just east of Interstate 95, off Congress Avenue and north of Palm Beach Lakes Boulevard, near the Palm Beach Outlets shopping mall. When complete, Banyan Cay will be the largest redevelopment in West Palm Beach since Rosemary Square, formerly known as CityPlace, the popular downtown mixed-use dining and shopping center.

The hotel was expected to be completed by 2018, but construction on the the resort has suffered stops and starts, as well as a change in hotel brand. Originally a Noble House hotel property, Banyan Cay now is slated to be part of Hyatt’s Destination Hotels portfolio, a boutique luxury brand making its first foray into Florida with this property. A Hyatt spokeswoman did not respond to an email seeking comment.

In the alleged health care fraud scheme, in addition to Gatto and Farese, three other men were charged.

Truglia was convicted of money laundering in 2012 in a case where Farese, a co-defendant, was acquitted.

Also charged were two men from Toms River, N.J. – Christopher Cirri, 63, and Nicholas DeFonte, 72, face one count each of conspiracy to commit health care fraud “in connection with paying and receiving health care kickbacks and bribes,” according to the Justice Department.

Seth L. Levine, an attorney representing Gatto, said: “The allegations against my client are meritless, and we will fight them aggressively in court.”

A man answering a telephone number associated with Farese hung up when a reporter for The Palm Beach Post called to ask about the charges.

In 1998, Farese was convicted of hiding his interest in and laundering money through strip clubs and sentenced to 87 months in prison. One of those clubs was Club Diamonds, which Farese sold in 2012 to a holding company managed by John Staluppi, himself once described by the FBI as a member of the Colombo crime family.

Staluppi, who later bought the site of what was briefly known as the Double D strip club on Southern Boulevard, has denied any connection to organized crime, and he was not part of the fraud charges the federal government released last week.

The federal government’s complaint “alleges that between October 2017 and April 2019, Farese, Truglia, Cirri, DeFonte, and Gatto participated in a nationwide conspiracy to defraud Medicare, TRICARE, Civilian Health and Medical Program of the Department of Veterans Affairs (CHAMPVA), and other federal and private health care benefit programs through the payment and receipt of illegal health care fraud kickbacks in exchange for orthotic brace orders that lacked medical necessity with a total loss of approximately $65 million.”

The Justice Department said that, “to conceal the kickbacks and bribes, Cirri and DeFonte created sham invoices labeling the payments as ‘marketing’ and ‘business processing outsourcing’ expenses.”

Gatto, the government alleges, “used a nominee owner on forms submitted to Medicare and used shell corporations to transfer the funds he paid in connection with the purchase of the supplier.”

Health care fraud and conspiracy to commit health care fraud are punishable by a maximum penalty of 10 years in prison and a $250,000 fine, or twice the gross profit or loss caused by the offense whichever is greater.

What the charges mean for the Banyan Cay development

It’s not clear if the charge filed against Gatto will matter to Banyan Cay’s lender, Calmwater Capital of Los Angeles, Calif.

Calmwater officials did not respond to emails seeking comment on the status of the loan.

A source close to the project, who requested anonymity to speak candidly about it and the federal government’s charges, said: “Our lender and partners were informed of the situation, and there has been no change in funding as the project continues towards completion.”

Real estate attorneys said it is unlikely a lender could, or would, halt extension of credit once a loan has been made to a project.

Loan documents often contain “bad boy” clauses that provide lenders with protection in the event of a borrower’s bad act. These acts are defined and can include failure to pay taxes or the filing of a bankruptcy.

But if the borrower is an entity and not an individual, a bad boy clause might not apply, and therefore Gatto’s conspiracy charge might not trigger any clause in the loan documents, two lawyers said.

The major concern for a non-bank lender such as Calmwater Capital is “having their name affiliated” with a project whose principal is facing a federal conspiracy charge, said Palm Beach attorney Guy Rabideau.

Despite the charge filed against Gatto, construction of the Banyan Cay resort is moving along. The roof is even installed.

If the resort is finished as planned, that’s good news for buyers at the Residences at Banyan Cay.

Boca Raton-based SobelCo. built 94 homes next to Banyan Cay. The project sold out earlier this year when the pandemic triggered big demand for new single-family homes.

The purchase of a Banyan Cay home entitles a buyer to a three-year social membership at Banyan Cay and use of the resort’s amenities, including a golf course designed by golfing great Jack Nicklaus.

However, with the property’s construction still ongoing, owners have been able to use the Banyan Cay golf facility and clubhouse until the resort is ready, said Angela Ippolito, SobelCo’s director of sales and marketing.

Once the resort is complete, homeowners will switch to a three-year social membership, she said.

John Stilley, a real estate agent with Keller Williams Realty, last year represented a buyer who was considering a home purchase at the Residences of Banyan Cay.

Although there were concerns about construction delays at the resort, the buyer went forward with the purchase and couldn’t be happier.

“My client fell in love with the golf course,” Stilley said.