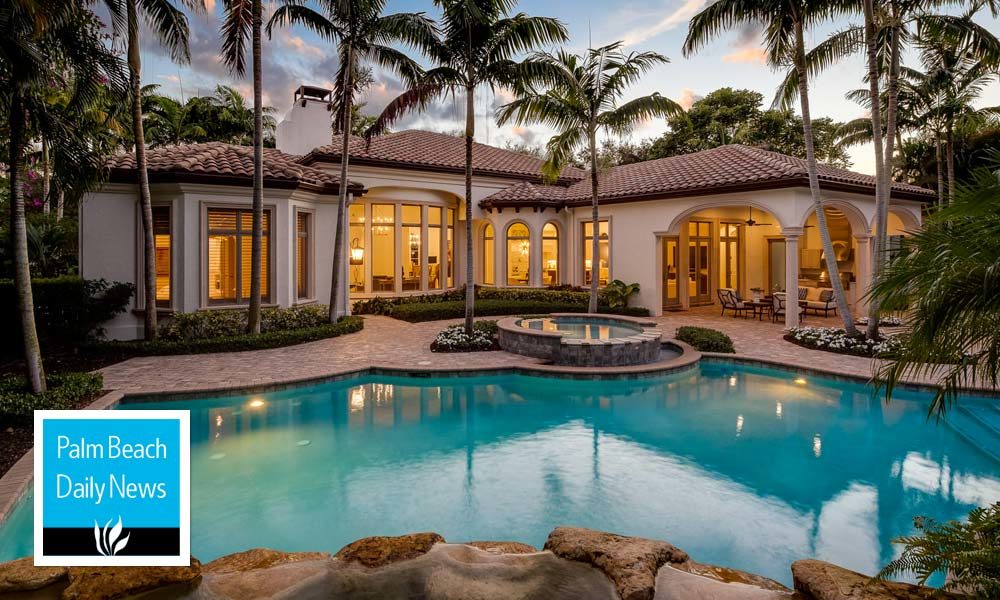 As you might imagine, real estate reporters get a lot of property analyses in their email every day — and many are so vague or useless that they get sent directly to the trash file.

But that’s not the case with Rabideau Law’s “Palm Beach County Million Dollar Mortgage Brief,” which arrives each month and often makes for juicy reading. Because really, who doesn’t want to know who is borrowing what, especially when the top five highest-dollar residential loans often include the name of at least one Palm Beacher?

Even though the vast majority of house sales here are cash deals, owners here still sign plenty of loan agreements and mortgages. They’re seen as an easy vehicle for tapping assets for cash at favorable rates.

In his reports, Palm Beach and Toronto real estate attorney Guy Rabideau lists only the names of the borrower and lender and the amount of each loan, all compiled from public records at the county courthouse.

The April report, released Tuesday, shows that Palm Beach property owners were involved in three of the biggest loans recorded in the county.

Communications billionaire and investor George Lindemann Sr. and his wife, Frayda, headed the big-loan list, having signed a $19.18 million mortgage document with Bank of America, recorded April 6. The three-year mortgage involves their beachfront estate at 1565 N. Ocean Way, which agent Cris Condon of Sotheby’s International Realty has listed for $32 million, as detailed in this space last week. They’ve owned it since 2008.

Also on the Top Five loan list in April were asset manager PeterMay and his wife, Leni, who signed two mortgages — one totaling about $5 million for 16 years and the other $8 million for 15 years — with Bank of America. Recorded April 20, the mortgages are related to two adjacent properties the Mays own at 310 and 320 Dunbar Road, respectively, where they’re building a new house and pool house. Broker Lawrence Moens of Lawrence A. Moens Associates helped them buy the properties in late 2014 and mid-2015.

The Mays, by the way, signed another $2 million, 15-year mortgage in February on the other property they own on the street, No. 300, which they bought last year in a deal that saw Moens negotiating with listing agent Shirley Wyner of The Fite Group.

Rounding out April’s Top 5 residential loan list was a $4.5 million, 30-year mortgage signed by islanders Dr. Barbara and Burton Stern. The loan with BNY Mellon loan was recorded April 27 and related to the lakefront home they have owned since 1998 at 936 N. Lake Way.

The other two house-related loans — for $6.4 million and $3.6 million — were issued to property owners in Jupiter and Old Port Village near North Palm Beach.

Wood’s loan was the third largest in the county last month.