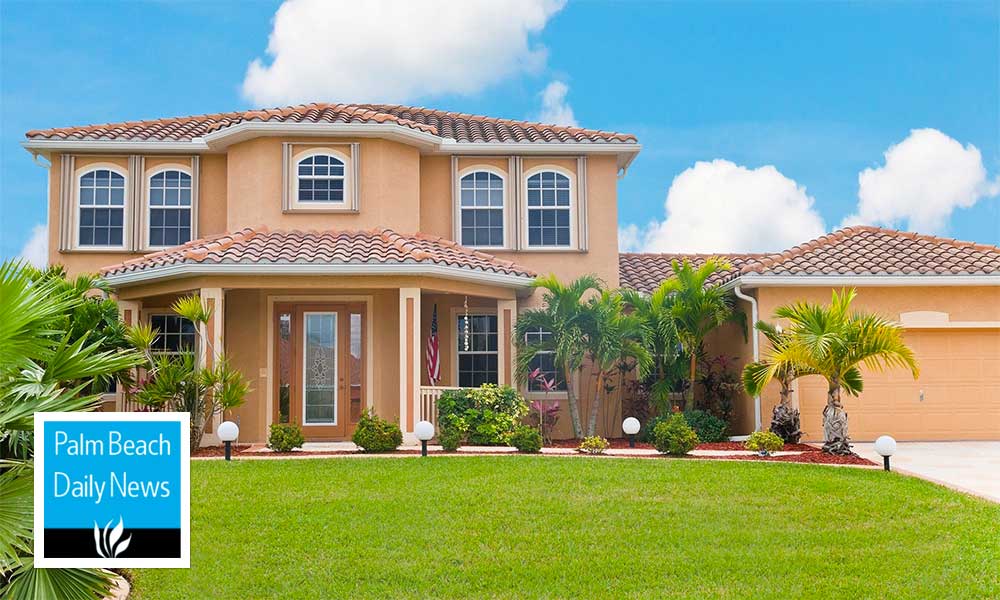 Reflecting a trend countywide, fewer property owners on the island have formally challenged their 2013 assessments, which are based on the “market values” assigned Jan. 1 by Palm Beach County Property Appraiser Gary Nikolits’ office. Those figures are used to compute the county’s tax rolls

In all, the town’s residential and commercial property owners submitted 163 petitions of appeal, a 30 percent drop from 235 in 2012, according to the clerk’s office.

Countywide, the number of challenges fell from about 6,390 last year to 4,888 this year, the clerk’s office reported. That’s a 23.5 percent drop — and a major change from the 19,000 that were filed in 2009 as the recession began worsened and the county’s appraised values — based on 2008 sales — climbed even as real estate prices plummeted

Leading a list of the highest-appraised properties under appeal in Palm Beach are three oceanfront estates whose out-of-town owners are not homesteaded, according to property records

Non-homesteaded properties are not eligible to receive the accompanying tax exemption, nor can they benefit from the state-mandated “cap” that typically limits the increase in property taxes to 3 percent per year

Nevertheless, under state law, the rise in “assessed value” — the amount used to figure taxes — of a non-homesteaded vacation home is capped at 10 percent a year, the same as for commercial properties

It’s impossible to pinpoint with certainty why the number of appeals has fallen so precipitously, said John Thomas, director of residential appraisals in Nikolits’ office

“I think it goes more to the psychological expectations of the moment,” Thomas said. “A possible explanation for this year is that the general economy has improved, and the real estate market in particular. People are feeling that (property) values have gone up. And if people believe (the appraised value) is fair, they don’t file (an appeal).”

With recent news of more sales, property owners also might have expected their values to increase even more than they did, Thomas added. They also may have been pleasantly surprised to see their bills weren’t higher

In addition, no owners of Palm Beach condominium buildings filed appeals this year, a change from previous years, the county clerk’s office reported

Each tax bill is figured starting with the property’s “market value.” That is defined on the county property appraiser’s website as the “estimated price a willing buyer would pay and a willing seller accept, both being fully informed and the property exposed to the market for a reasonable period of time.”

Nikolits’ office acknowledged that it is easier now to assign appropriate market values to properties than it was during the so-called Great Recession. Because the county’s appraisers focus mostly on “comparable” sales in a neighborhood — and not on direct inspections — to establish market value, the recession-induced slowdown in sales also delayed the valuation process, Thomas said

Conversely, last year’s uptick in sales made it easier to assign values more in line with upward market trends

The fee for filing a challenge is $15, and appeals are heard by the independent Value Adjustment Board, for which the clerk’s office provides administrative services. In addition to a property’s assigned value, a residential owner can appeal if denied homestead or other exemption status. Owners also can challenge the classification of the property made by the property appraiser’s office

The clerk’s office distributed estimated tax bills in August, in order to give owners time to appeal before the final bills were mailed Nov. 1. Appeals had to be filed by Sept. 16, and the board began holding hearings later that month on the petitions

Bruce Langmaid, who bought a new home on Kings Road in February, attended his appeals hearing Wednesday to contest his property’s $2.16 million valuation. He and Charles C. Poole Jr. own the property through a trust. Although Langmaid cited other sales in the Estate Section neighborhood to support his case, the magistrate ultimately left the valuation unchanged

Said Langmaid: “The bottom line is, ‘Why not do it (appeal)?’ They (the property appraiser’s office) are not going to raise the valuation from what it was set at, and hopefully they’ll lower it.” Langmaid serves on the town’s Planning and Zoning Commission

Palm Beach real estate attorney Guy Rabideau said he is always busy fielding calls from clients in August and early September after the county mails out its preliminary tax estimates. But he frequently advises clients and would-be clients that it’s hard to win an appeal

Rabideau files only appeals he thinks he can win, he added. Those sometimes involve a property in poor condition that is not apparent to county appraisers, who are required to physically inspect each property only once every five years. Even then, they’re typically limited to what they can see from the street

Rabideau said he already has appeared at several appeals hearings regarding 2013 assessments, although he declined to provide the exact number. “We’ve won every one so far,” he said

Only about 3 percent of appeals countywide result in tax adjustments, according to Nikolits’ office