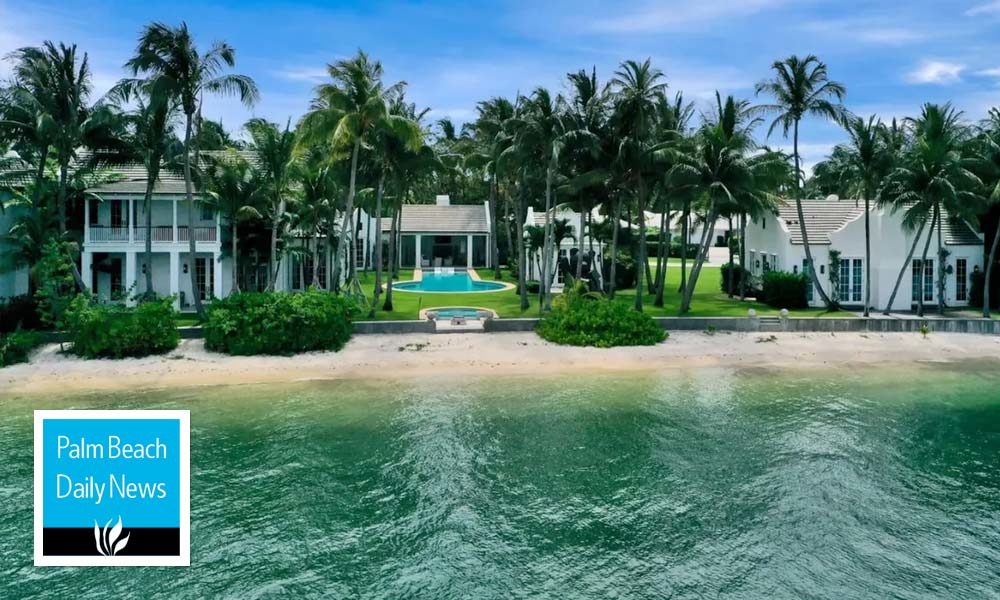 It was the boom few would have predicted.

But one of the unanticipated effects of the coronavirus pandemic was that it helped light a fuse that sent Palm Beach real estate skyrocketing to record-setting heights in 2020, capped by a burst of fourth-quarter sales documented in a new round of sales reports.

The total number of single-family transactions — 289 — in Palm Beach last year jumped 122% over the previous year, according to the fourth-quarter report prepared by agent Suzanne Frisbie at Premier Estate Properties. And 2020 ended “with often-staggering, record-breaking highs,” Frisbie wrote in her report.

“Year over year, 2020 experienced an incredible 96% increase in total dollar volume with a record-shattering $2.4 (billion) in sales volume,” Frisbie wrote.

The year-over-year percentage increase in the number of single-family deals during October, November and December was even greater than that recorded for 2020 as a whole, according to the report released by Brown Harris Stevens. The total number of single-family sales that closed in the last three months jumped a staggering 342% —from 19 transactions in 2019, to 84 in the year just ended.

It’s no wonder broker Linda Olsson of Linda R. Olsson Inc. called 2020 “a year for the record books” before noting in her report that prices were “higher than ever on a per-square-foot basis.”

Condominium and co-op sales were not quite as robust as the single-family transactions, the analyses show. But they more than held their own, according to the fourth-quarter report commissioned by Douglas Elliman Real Estate.

Multi-family sales “surged at the highest rate in two years, with the fourth quarter seeing the most condo sales in 14 years,” said New York-based analyst Jonathan Miller, who compiles The Elliman Report.

The sales reports issued by real estate firms that do business on the island use different sales and source criteria, so apples-to-apples comparisons are difficult to make.

But all of the analyses support trends real estate agents and brokers have been reporting over the past year. The go-go-sales pace in the fourth quarter reflected a momentum — especially notable in the single-family market — that had taken root in January and February before a sharp de-escalation in March and much of April, when the health crisis intensified.

Yet by mid-May, Palm Beach was seeing a strong rush of sales, as buyers — many from out-of-state areas hit hard by the virus — sought havens to weather the health crisis in Palm Beach, with its relatively open spaces and favorable year-round climate.

“Some sales were to buyers who were unable to find suitable rental properties but many were to those from the Northeast and California who chose to make Florida their new home,” said broker Ava Van de Water, whose regional duties at Brown Harris Stevens include overseeing the Palm Beach offices.

During the summer and fall, real estate observers also noted a desire among clients to escape the civil unrest that affected much of the country. And as always, Florida’s well-publicized tax benefits also were a draw to residents of higher-taxed states. The pandemic also showed many workers they could work at home from just about anywhere.

“The initial rush during spring and summer may have been related to the desirability of large estate homes with more square footage and unparalleled privacy due to the pandemic,” said John Hackett, who is based in Palm Beach as Corcoran’s senior managing director for South Florida.

He added: “However, the substantial increase in recent activity across all housing types is a sign that people simply want to make the South Florida lifestyle their own.”

In December alone, 38 single-family properties sold for $1 million or more in Palm Beach, compared to just nine in December 2019, according to the latest monthly sale report from Rabideau Klein, a Palm Beach law firm specializing in real estate.

And 21 deals hit or exceeded $20 million in 2020, a record-setting annual number, according to a previously reported analysis by the Palm Beach Daily News. In 2019, 10 sales fell into that price category.

The median single-family sales price in the fourth quarter jumped 36% in a year-over-year comparison to $5.2 million, according to The Corcoran Report. The median is the price at which half the properties sold for more and half for less.

And the number of single-family sales that closed at $5 million or more in the fourth quarter was five times greater than the number recorded in the same quarter last year, The Corcoran Report said.