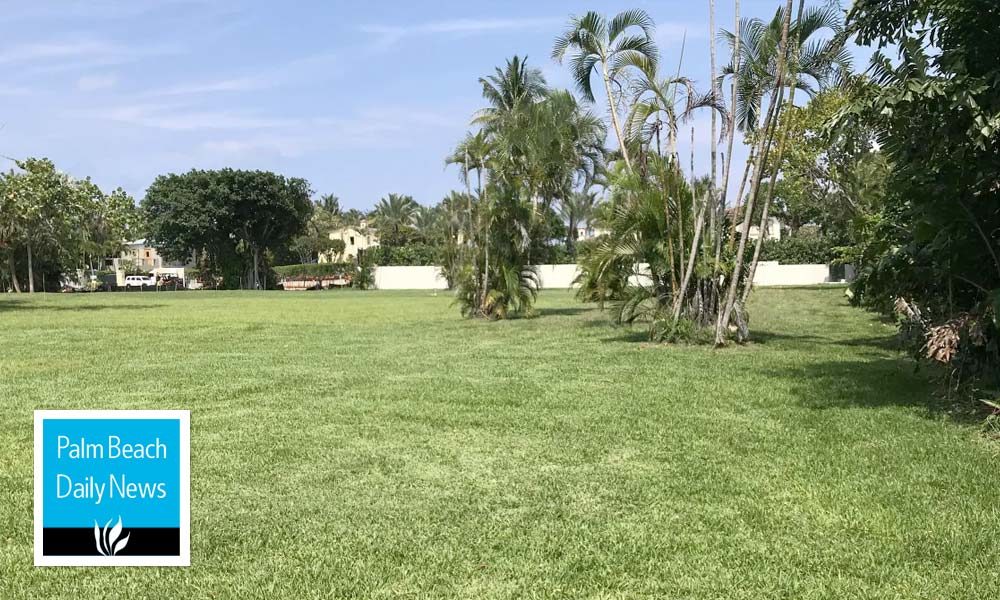 Five of the original six vacant lots in Estate Section subdivision have now sold on land once owned by late billionaire John Kluge.

And then there was one.

That’s how many lots are left in the subdivision real estate developer and insurance mogul Sir Peter Wood carved from an estate he bought in 2016, four streets south of Worth Avenue.

The fifth of the six vacant lots there sold earlier this month for a price recorded at just under $6.9 million. Measuring nearly half an acre, the vacant lot at 127 El Bravo Way is on the corner of South County Road.

On the buyer’s side, real estate attorney Guy Rabideau served as trustee of a trust named after the property. He’s keeping mum, and trust regulations have cloaked the identity of anyone else associated with the buyer.

Agent Linda Siegried of Linda A. Gary Real Estate handled the buyer’s end of the deal.

Broker Christian Angle of Christian Angle Real Estate has represented Wood and his ownership company, 89 Middle Road LLC, in the sale of the all the lots, with Gregory E. Young signing the deeds.

In April 2016, Wood paid a recorded $39 million for the 4.2-acre former estate of the late billionaire John Kluge, who made his fortune in the communications and cable industries.  Wood, a seasonal Palm Beach resident, won the town’s approval to subdivide the property in 2017.

So far, Wood’s sales there have totaled $55.81 million, including a 2018 deal in which he sold, for $18.25 million, a landmarked oceanfront house that was part of the Kluge’s estate.

The sole vacant parcel left in the subdivision is a lot of about four-tenths of an acre at 599 S. County Road. Immediately north of the one that just sold, it’s listed at $5.95 million with Angle.

Before this month’s sale, the most recent transaction in the subdivision closed in October, when developer Braden S. Smith and an investment group paid a recorded $7.187 million for a half-acre lot at 125 El Bravo Way.

In December, Smith earned the Architectural Commission’s approval to build a house with about 10,000 square feet on the property. A few days later, Smith listed the vacant lot — along with the house plans — for $15.9 million through agent Christopher Deitz of William Raveis South Florida. But Smith told the Daily News this week he still plans to develop and sell the house on speculation, once the construction drawings are finalized.