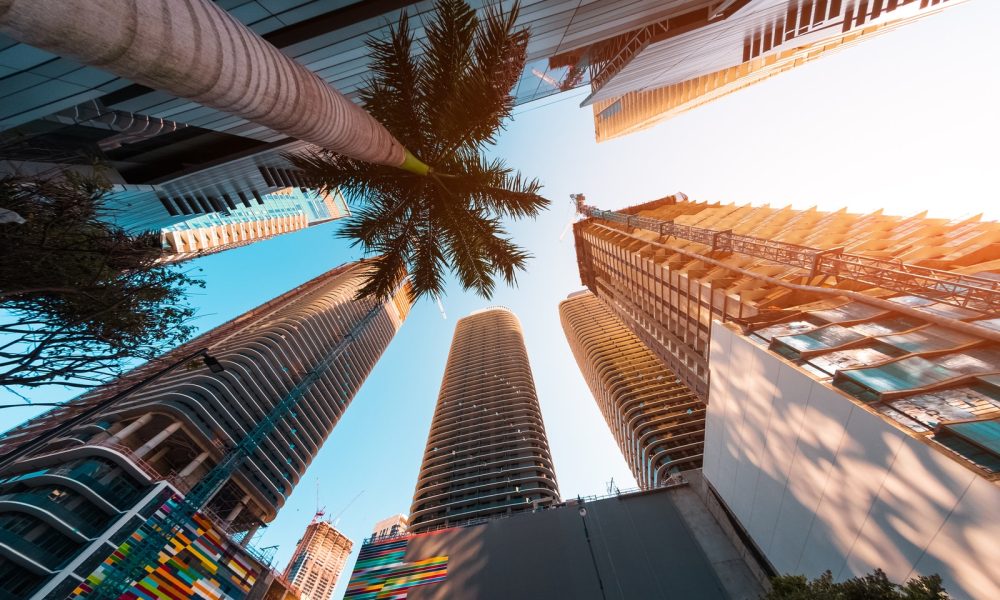 “What you see is that, as these finance companies are coming, the support services that they had in New York are coming with them,” said Kelly Smallridge, president and CEO of Palm Beach County’s Business Development Board. “So, they want their lawyers here. They want their accountants here.”

South Florida law offices, real estate agencies and construction companies will be put to the test as South Florida developers cash in on the wave of financial firms moving into the area. Two major projects are now poised to change skylines and make a healthy investment into the area already being hailed as Wall Street South by national media brands such as ABC News, Bloomberg and The Washington Post, specifically in reference to the hubs of West Palm Beach and Miami. While real estate agents seek out available commercial real estate for companies seeking property acquisitions and real estate lawyers stand at-the-ready for swift closings and mergers, developers and construction companies are playing perhaps the biggest role in handling the migration.

This trend of national financial relocating their headquarters or setting up offices in West Palm Beach and Miami is expected to attract auxiliary service companies as well, and the influx is creating a rush of development to build new spaces and repurpose old ones into not only Class A office spaces but trendy retail shops, bars, restaurants, and clubs.

The project is being built specifically for the large number of finance and technology firms relocating to the area, a trend which began during the pandemic spurring intrepid business journalists to call West Palm Beach Wall Street of the South.

More than ever, workers are fleeing the harsh winters and crowded conditions of cities like New York and Chicago for the warmer climate and absent state income tax that Florida offers. And with them comes desire for the conveniences and benefits typical of a top-tier city. The demand for a richer work environment created a “a new type of office block that emphasizes mixed-use spaces, luxury amenities to the public realm, and connection to outdoors,” Patrick Fejer, principal at B + H, said in a news release. “This evolution of the local workforce means a change in vision for the downtown. It’s an exciting time to be building in West Palm Beach.”

A vacant lot next to 111 Olive will be transformed into 300 Banyan, a 12-story tower of geometric glass that will house Class A office space. The two buildings will be connected by a public walkway outfitted for food and beverage and retail pop ups. This is keeping in line with the recent revitalization of downtown West Palm Beach into a thriving arts and entertainment district.

More than 96 financial firms have established offices in Palm Beach County, most of them in West Palm Beach’s central business district. Almost half of those companies made their moves during the pandemic, with more on the way.

The multinational hedge fund Citadel will be moving its headquarters from Chicago to Miami. Kenneth C. Griffin, Citadel’s billionaire founder has teamed up with Chicago-based developer Sterling Bay to build a new office tower in Miami that will serve as the hedge fund’s global headquarters. This major move fuels hopes that other Wall Street titans, banks, private equity firms, and hedge funds will create an increased presence in the region. This process will take several years, but Griffin, who was born and raised in Daytona Beach, has already moved to Miami with his family.

“The ramification of this lease will be felt across the whole Miami market,” said Erik Rutter, co-founder of Carpe Real Estate Partners, a New York-based development firm. Rutter foresees a similar caliber of tenant moving into the area.

Additionally, Mr. Griffin has recently been approved by Palm Beach officials to complete his $450 million project, a 5-acre estate for his mother, and also plans to open a Citadel Palm Beach office in the Town’s former Neiman Marcus building.

What Else is Here and What’s on the Way

Over 1.6 million square feet of high-end office space is in development in downtown West Palm Beach. One of the newest additions to the city’s skyline is 360 Rosemary, a 300,000-square-foot Class A office structure built by New York-based The Related Cos., headed up by Miami Dolphins owner Stephen Ross. Around 22 companies, most of them big-name, out-of-state financial firms, lease offices there, including Goldman Sachs, which has two floors in the building.

Demand has been so high that The Related Cos. gave up their own space in the building three times. They’re leasing a one-story building next door until 360 Rosemary’s parking garage is finished being converted into office space.

Related also bought back CityPlace Tower, which it constructed in 2008, and purchased the Phillips Point office complex. The real estate firm also broke ground on One Flagler, a 25-story, 275,000-square-foot office structure, and recently received permission from the city to build two mixed-use 800,000-square-foot towers.

Meanwhile, at the southern tip of Florida’s coastline, in Metro Miami, 92,000 square-feet of new office construction was completed during the first half of 2022, with an additional 1.3 million slated for completion by the end of the year, according to Commercial Property Executive,

It isn’t just an absence of state income tax and sunny weather bringing these financial and tech powerhouses to South Florida spurring new construction. Many who have made the move point out the wonderful amenities its cities have to offer, including marinas with piers capable of docking superyachts, five-star hotels, and world-class meeting venues and convention centers.

In addition to burgeoning pedestrian-friendly urban development featuring residences, shops, bars, and chef restaurants, another mark in South Florida’s favor is the Brightline high-speed-rail which allows for quick and easy access to both of Wall Street South’s hubs of West Palm Beach and downtown Miami’s Brickell Financial District.

Contact Florida Bar Board-Certified Attorneys David E. Klein, Esq. and Guy Rabideau at Rabideauklein.com. They have the expertise and experience you need to ensure that your interests are protected throughout your real estate transactions in the Town of Palm Beach, across the Palm Beaches and throughout Florida. Contact Rabideau Klein to discuss the legal implications of your next Florida property transactions.