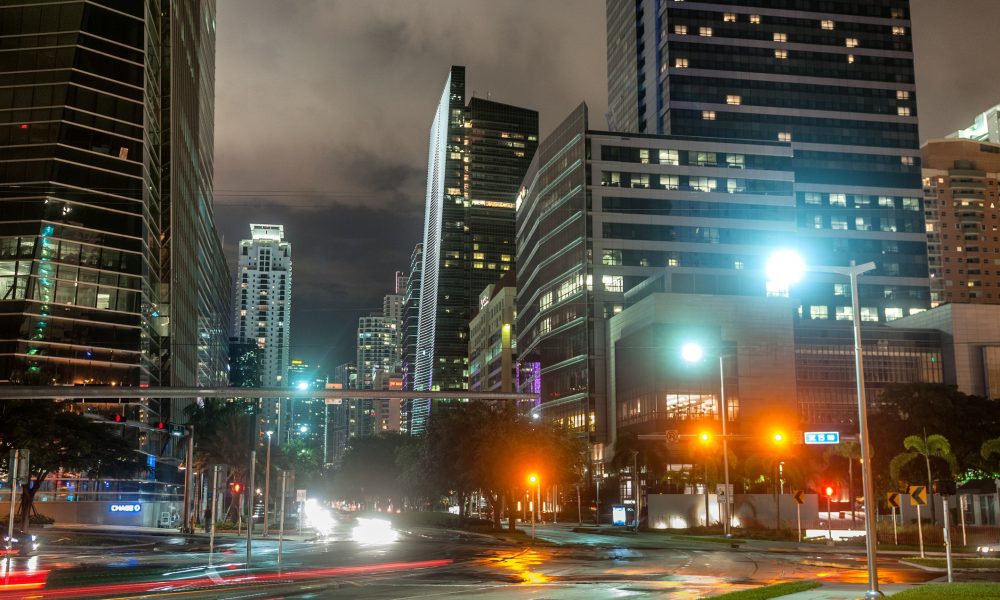 Corporate America has taken a liking to South Florida’s land use and business formation opportunities. The year-round warm weather, huge tax breaks—and no state income tax—as well as a lack of pandemic restrictions that have hampered other parts of the country, have corporate lawyers advising the CEO’s of industry giants to make the move to the Sunshine State. Here’s a rundown of why, as well as which business sectors are making the big move.

Even before the pandemic, businesses were moving at least part of their operations to Florida, which has seen an economic boom since the housing bubble burst between 2006 and 2011. According to Forbes, as of Q4 2021, Florida has the 4th highest GDP in the nation and has seen over 30% growth between 2011 and 2021. In 2019, Forbes ranked Florida fifth on its Best States for Business List. And Florida isn’t just friendly to large, well-established companies. Florida has an 80% startup survival rate.

There are many reasons why a complete or partial corporate relocation to South Florida is seen as being good for business. To aid in the recovery of companies hard hit during the pandemic,  the State put in place several pro-business policies and streamlined regulations. This was key to the shift during COVID, as many businesses sought a way out of their state’s lockdown.

The tax environment was another huge incentive. Florida is one of only nine states with no income tax. There is also no inheritance tax, or a tax on gifts on intangible personal property, including shares of stock. Also, corporations that have their headquarters in Florida only, pay just 5.5% on their corporate income tax, and no payroll tax. This is a boon to startups as well as larger companies looking to make the move from a high-tax state.

The beautiful weather is also a big factor for companies considering a move. It’s no secret that lots of sun, an average year-round temperature of 70 degrees Fahrenheit, access to beautiful beaches and limitless golf, boating and saltwater sport fishing opportunities can be a huge draw for potential employees.

The new presence of light, high-speed transit in the area is another factor that has businesses fleeing their well-established enclaves in famous business centers like New York, Chicago, Boston, and San Francisco. The Brightline transit system already connects West Palm Beach with stops in Boca Raton, Fort Lauderdale, and Miami, but will soon complete additional stations in Orlando and Tampa. This is a huge incentive for financial firms in particular, who like that their employees can quickly connect with and service clients in neighboring cities.

Couple all these factors with a diverse, high-skilled and well-trained workforce, and you’ve got the makings for a business boom like no other in the country. Now let’s take a look at what industries are making the move.

As already reported on this blog, South Florida is seeing huge growth in the financial sector, which has earned the region the moniker “Wall Street South.” Huge, brand name firms such as Goldman Sachs, Tiger Global Management, and D1 Capital Partners have all announced plans to move all or part of their operations to Miami or West Palm Beach in recent months. These moves are expected to accelerate South Florida’s growth into the next “Wall Street.”

“Every time a firm moves here, it makes it twice as easy for the next firm to move,” said James Koutoulas, founder of hedge fund Typhon Capital Management, which relocated from Chicago to Miami in 2018. “No one can ever delegitimize South Florida again.”

Citadel, Blackstone, and Elliott Management Corporation have also made moves to Florida over the last year.

Florida has made great strides in attracting technology firms to the state. In 2021, the state added more tech companies than any other state, according to a report published by The Computing Technology Industry Association (CompTIA), an Illinois-based non-profit trade association for the IT industry. Technology firms have fled rising prices and unfavorable tax regulations in well-known tech hubs like California and North Carolina for Miami, Orlando, and Jacksonville.

According to the report, Florida added 2,715 tech businesses last year. The state also placed second in the top states by net tech employment increase, creating 10,522 new jobs, second only to Texas, which created 10,581 new tech jobs. Both Florida and Texas have been experiencing huge population booms.

For example, among the tech companies making the move to the Sunshine State are gig economy platform ShiftPixy and music and podcast streaming app Spotify, which in February signed a lease for 20,000 square feet at the Oasis in Wynwood, a neighborhood in Miami. The space houses its regional headquarters. ShiftPixy, which connects restaurants with gig workers, is moving its headquarters from Irvine, California to Miami, part of a strategy to expand its business into the East Coast restaurant industry.

Another perk for tech firms is the proximity to a highly trained workforce. Florida is home to two state universities, the University of Florida and the University of Central Florida, both of which have top-flight engineering programs.

Attorneys David E. Klein, Esq. and Guy Rabideau at Rabideauklein.com are Florida Bar Board-Certified and have the expertise and experience needed for capably serving clients in areas of commercial and residential loans, business formation and planning, and securitized loans. Incoming business owner’s interests are protected throughout any re-location or business re-formation taking place throughout Florida. Contact Rabideau Klein to discuss the legal implications of your Florida property and business transitions.