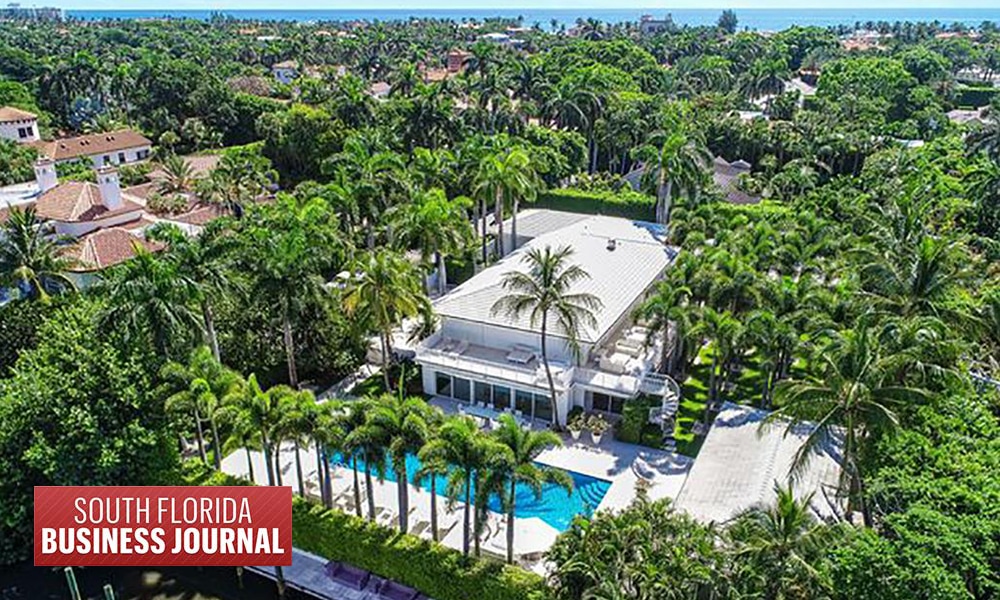 A Palm Beach property that was formerly home to Jeffrey Epstein, the late financial manager accused of sex trafficking, was flipped for $25.85 million.

Lawrence Moens of Lawrence A. Moens Associates brokered the deal.

The Epstein estate sold the property for $18.5 million in March, so Glaser’s group flipped it for a nice profit in less than seven months.

The property is located along the Intracoastal Waterway. Given the strong demand for homes in Palm Beach as more wealthy people move to the area, the value of that property sharply increased, even without having a home there.

Epstein, who acquired the home in 1990, was accused of committing sexual assault on girls there.

After Epstein pleaded guilty to soliciting prostitution from a minor in 2008, he served much of his 13-month jail sentence under house arrest in his Palm Beach mansion. The house arrest order was heavily scrutinized. It was also a point of contention by his alleged victims that Epstein didn’t face more serious charges after federal attorneys reached a non-prosecution agreement in 2007.

Federal prosecutors in New York ultimately charged Epstein with sex trafficking, and he was arrested July 6, 2019. A judge denied Epstein’s request for bail. Epstein was found dead in his jail cell of an apparent suicide Aug. 10, 2019.