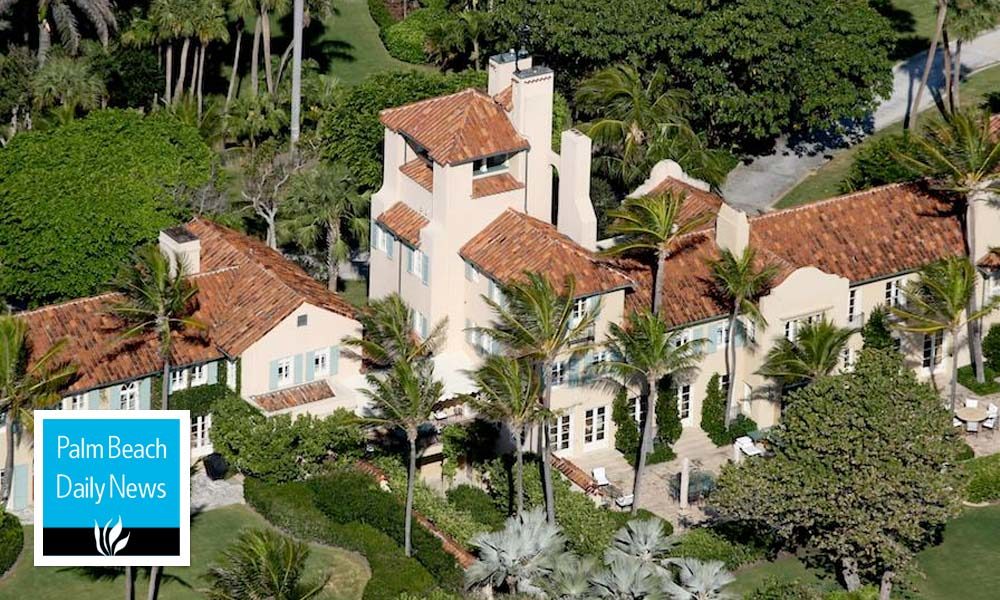 Hedge-fund titan Paul Tudor Jones II is making improvements that could cost as much as $6.4 million at Casa Apava, his landmarked oceanfront estate on Billionaires Row. Palm Beach building permits pulled in April show that contractor Woolems Inc. is working at 1300 S. Ocean Blvd. under the direction of architect Allan Shope.

That nugget is among the facts detailed in the “Land Use/Construction” section of the May issue of the Rabideau Law Brief. The monthly report is issued by the firm of Palm Beach real estate lawyer Guy Rabideau.

The Casa Apava project ranked third among the biggest-dollar permits over the past year. Woolems Inc., meanwhile, ranked among the top five “contractors by value of permits” for the same period. The latter was headed by Coastal Construction Co., with a total of $11.3 million in permits.

The work at Casa Apava will include interior and exterior renovations as well as a new spa, courthouse documents show.

Since Jones paid $71 million for Casa Apava two years ago, he and his wife, Sonia, have gotten permits for other projects at the 5.3-acre estate, including work on a tennis and basketball court, records show.

The monthly report also includes detailed information about single-family and condominium sales. A bonus: It includes all transactions recorded at the Palm Beach County courthouse, whether the property was listed in the MLS or not when it sold.

Rabideau’s firm also prepares a report detailing the biggest mortgages filed in the county each month.

Noticed – That Corcoran Group agent Suzanne Frisbie just withdrew from the local MLS her $37.75 million listing of a house facing the inlet at 225 Indian Road. As reported previously in the Daily News, the 12,564-square-foot house was listed at $5.75 million more than its owner, a limited liability company, paid for it a little more than a year ago. Frisbie wouldn’t say why the listing was deleted. … that agent Cristina Condon of Sotheby’s International Realty has a contract pending for her $32 million listing of George and Frayda Lindemann’s oceanfront estate at 1565 N. Ocean Way in Palm Beach. Condon listed the seven-bedroom, 10,811-square-foot house in April last year. The property occupies nearly 3½ acres with 170 feet of beachfront on the far North End.