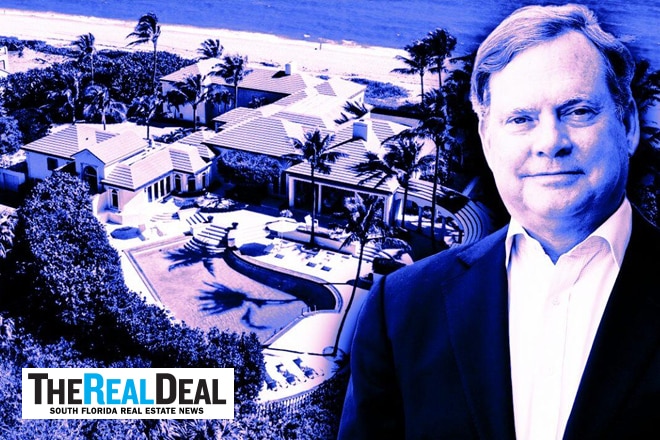 By Francisco Alvarado, The Real Deal

An entity tied to a San Francisco hedge fund manager sold a waterfront estate in Gulf Stream for $33 million.

Scheier is CFO of Oberndorf Enterprises, a San Francisco-based, family-owned investment fund led by William Oberndorf, according to Crunchbase and Bloomberg.

Candace and Phillip Friis with The Corcoran Group represented the seller. Candace Friis, who also represented the buyer, declined to comment about the identities of the seller or the trust that acquired the six-bedroom, six-and-a-half-bathroom estate.

The deal closed one day after the mansion hit the market with an asking price of $34 million, according to Zillow.

“The property is phenomenal,” Candace Friis said. “We have an incredible network of buyers and sellers, and we were able to pair them based on the network we have developed over time.”

Gulf Stream Ocean Properties FL, which also has the same corporate address as Oberndorf’s fund, paid $14.2 million for the nearly 2-acre property in 2018, records show. At the time, the seller was British millionaire philanthropist Peter Lampl, who had listed the estate for $21 million.

Built in 1958, the mansion features a study, media room, master wing, staff quarters, a three-car garage, a putting green and a pool, the Zillow listing states. The property is nearly double the average size of oceanfront lots in Gulf Stream, with 230 feet of ocean frontage, the listing states.

In addition to leading his hedge fund, Oberndorf is chairman of the American Federation for Children and the American Federation for Children Growth Fund, two of the country’s largest pro-charter school advocacy organizations, according to the federations’ websites. Last year, he also contributed $600,000 to political action committees that supported the recall of three San Francisco school board members and the city’s district attorney, according to published reports.