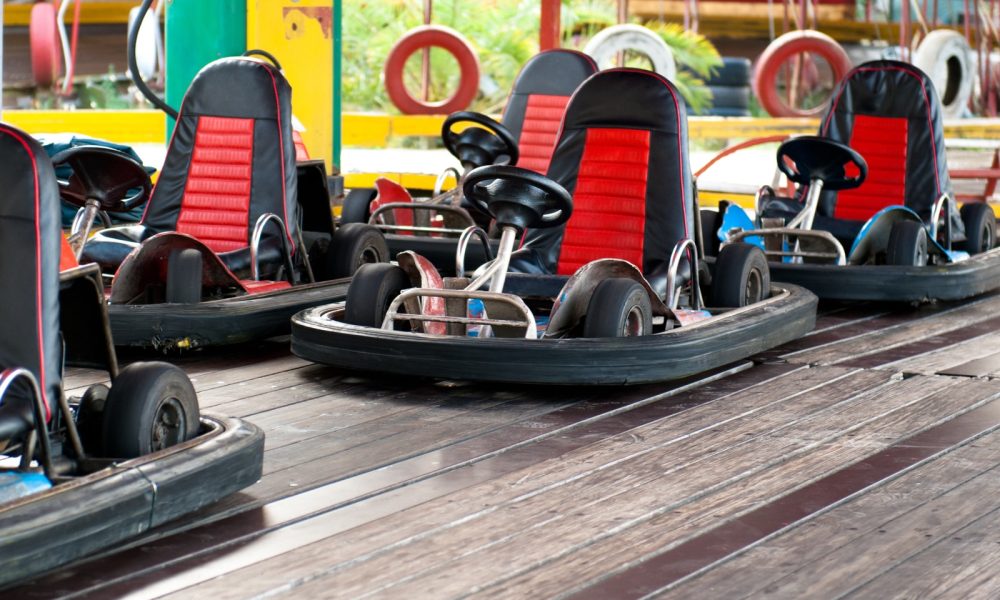 Shopping malls. Once they were a popular destination. Now they are struggling. Thanks to the COVID-19 pandemic, paired with the ease of online shopping and sky-high commercial rents, this uniquely American institution is on the decline. All over the country malls are sitting partially or even completely empty, becoming liabilities instead of assets.

But the American shopping mall isn’t dead yet. Developers are banking big on a range of projects throughout the U.S. to transform beleaguered malls into retail and residential meccas, and transforming beleaguered malls is becoming big business. Here are a few of the latest supermall projects making waves in South Florida.

The revitalization of Sanford Mall in Sanford, Florida reached a major milestone back in March, when Elev8 Fun opened with a ribbon-cutting ceremony. The family amusement center, housed inside the former Sears, offers a 12-lane bowling alley, an arcade with 200 vintage and modern games, a 5,000 square foot laser tag space, mini golf, a VR arena, and a restaurant, but the main attraction is the custom-designed, state-of-the-art go-kart track. The facility takes up more than 125,000 square feet and two stories and is a major component of Seminole Towne Center’s revamping project.

This is Elev8’s flagship location, according to their website. But the company has plans to develop more locations filling empty shopping mall space across the state to create what they refer to as “experiential community destinations,”

This is part of a growing trend to turn failing or dead malls into mixed-use developments combining apartment and condo living with retail, restaurants, and hotels.

Miami’s Southland Mall in Cutler Bay has recently been acquired by two real estate investment firms with big plans for the property, which at the time of the sale was 80 percent leased to more than 100 tenants, including Macy’s, JC Penney, T.J. Maxx, LA Fitness, Regal Cinemas, and other well-known retailers.

The mall was purchased by real estate private equity firm Electra America and Miami-based private real estate investment firm BH Group, who paid over one hundred million dollars for the 809,000 square foot property, which sits on 80 acres of land on S. Dixie Highway.

The investment partners are planning to redevelop the site for mixed-use, modernizing and repositioning the mall while creating new high-end housing.

Southland Mall is currently the only enclosed mall serving Miami-Dade and the Florida Keys.

Some developers are eying individual mall sections and outparcels for redevelopment. Chicago-based Transformco Properties has listed the closed Sears locations in Regency and Orange Park available for lease, sale, and development.

Transformco has an extensive real estate portfolio, including ownership of Kmart and Sears, as well as the popular brands Kenmore and DieHard. Sears’ original parent company filed for Chapter 11 bankruptcy in October of 2018 and was later bought by the struggling Kmart.

While not citing specific plans, Transformco says they are “transforming existing retail spaces into dynamic new venues offering shopping, entertainment, commercial and mixed-use experiences that attract a broad range of consumers,” according to their website. “We are creating opportunities that take advantage of our prime locations to drive foot traffic and benefit the surrounding communities.”

The Regency Sears location was built in 1981 and is comprised of a two-story building with 133,542 square feet and an adjacent Sears Auto building of around 15,688 square feet. It is next to the 1.39 million square foot Regency Square Mall in Jacksonville. The mall is mostly vacant.

The Orange Park Sears comprises over 200,000 square feet, including a two-store Sears store and a free-standing 33.486- square-foot Sears Auto building, both of which were constructed in 1975.

There are currently no specific plans for the sites, but Transformco stated both would be ideal for retail, warehouse, or industrial space. In January the company closed its Sears store in Fort Lauderdale to RK Centers, which renamed the property RK Searstown Plaza and has plans to build office towers and apartments on the property.

Harbourside Place Gets a Facelift

Back in December 2008 Jupiter’s town council approved a site plan and rezoning for this waterfront development that combines boat docking with office and retail space, as well as a five-story hotel with a rooftop bar and pool. The 300,000-square-foot development, located on eight acres at the northwest corner of Indiantown Road and U.S. 1, includes shops, offices, and restaurants with outdoor seating, as well as 30 private and public boat slips and a water taxi stand.

The development was not without its hiccups, but construction on the last phase should be completed this summer, and the previously constructed phases are filled with tenants and open for business.

Work began in 2017 to revamp West Oaks Mall in Ocoee, Florida just 8 miles from Orlando. Managed by Moonbeam Leasing & Management LLC, the mall has been redesigned to include a 50,000-square-foot conference center, a 200-key hotel, apartments, and outdoor shopping.

Last December the Orlando City Commission approved a plan to redevelop Fashion Square Mall. The nearly 50-year-old mall on East Colonial Drive will be transformed into a mixed-use complex, replacing most of the anchor stores as well as the middle structure with outdoor commercial space. Also in the works are 1,400 apartments and a 120-room hotel.

Opened in 1973, the mall was 40-50% vacant when the plan was approved. There is currently no expected completion date.

New York-based Keystone-Florida Property Holding, which owns the Galleria Fort Lauderdale mall, has issued a new proposal to redevelop the property that won’t require rezoning as in a previous plan.

The developer proposes to build around 1,900 multifamily units on parts of the 42-acre site at 2414 East Sunrise Boulevard. About 600,000 square feet of existing yet vacant retail buildings would be demolished for this new development. The buildings will not exceed 150 feet and will taper down in areas close to nearby residential areas.

A previous plan got backlash from nearby homeowners who felt the condo towers, which were then proposed to top 20 stories, were too tall for the area.

The remainder of the mall will get a redesign as well, turning it into a “lifestyle” center with dining and shopping, including an event lawn for yoga classes and other outdoor activities.

The plan is still in the preliminary stages, with more approvals to go, but it is allowed under existing zoning laws. Galleria’s owner is meeting with nearby property owners and businesses so that they can review the new proposal.

Titusville Mall to Be Transformed into Apartments, Senior Living Space

Developer California Retail Properties plans to revamp the failed Titusville Mall, also known as Searstown Mall, into a future mecca for shopping and dining, as well as apartments, a Hilton-brand hotel, and a senior living facility. The town council approved the proposal in May of 2022. Phase one of the transformation could begin early 2023.

When it comes to any commercial project involving Florida land use or business formation, it’s best served with highly qualified legal oversight. The attorneys David E. Klein, Esq. and Guy Rabideau, Esq. at Rabideauklein.com are Florida Bar Certified in Real Estate Law, come with over twenty years of experience, and stand ready to ensure that your interests are protected throughout any Florida real estate project. Contact Rabideau Klein to discuss the legal implications of your next property transaction.