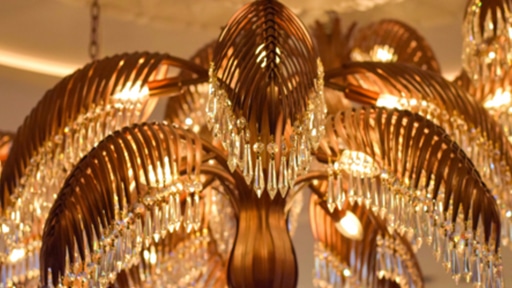 The Town of Palm Beach is known for its temperate weather, white-sand beaches and crystal blue waters. This ideal seaside community also has some of the most sought-after luxury properties in the world. While the town boasts some of the most cutting-edge modern architecture in the nation, there are also a number of historic properties that have been maintained according to the original design aesthetic of the romantic architecture of the 1920s and are bringing top dollar in Florida’s current real estate market.

Purchasers of these high-end historical properties are investing in an old world charm available to few home-owners. Four residences built at the dawn of the 20th century and recently purchased in the Town include a Norman Revival style residence complete with a third floor tower overlooking the Atlantic and a Florentine Renaissance inspired estate, both designed by legendary Palm Beach architect, Maurice Fatio; and two residences built in the Roaring Twenties bought by the chain restaurant magnate Howard Martin Sprock III.

A historic home located at 240 Jungle Road in the Town of Palm Beach was purchased for $14 million in July. The property had sold for $7.45 million in 2019 and had undergone extensive renovations in recent years. Reportedly, long-term real estate investors Dana E. Landry and William F. X. Moody sold the 1920s era property to a trust. The landmarked 7,472 square foot, six-bedroom property is situated on a half-acre and is approximately one-half mile from Worth Avenue. The home has a half-timbered façade and features a third-floor tower that offers multiple windows looking out over the Atlantic Ocean and the Intracoastal Waterway. The residence, designed by Maurice Fatio was built during the 1920s in a Norman Revival architectural style. The property’s unique façade and it’s tower offering views of the town and waterway are key features in many of Fatio’s designs and a beautiful nod to the style of that era.

Casa Florence a two-story, L-shaped home, also designed by Maurice Fatio and restored by Richard and Marie Wachenhut was purchased by Palm Beach resident and real estate broker, Lawrence Moens. The home has four expansive bedrooms in the main house with a guest house off of the pool, a gourmet cook’s kitchen and an outdoor retreat complete with a private pool and loggia. The estate has a total of 7,265 square feet of living space inside and out, and a 500-square-foot basement with a brick-detailed wine room and tasting area. The property also has a distinctive quarried Keystone block façade, a second-floor terrace with an ocean view across the coastal road and a private courtyard. the house was previously sold in 2011 for $11.5 million.

Designed in a Florentine Renaissance style, according to a Palm Beach Daily News article, the Casa Florence was built on speculation by Maurice Fabio in 1929, and after residing on the property with his wife for several years, Fatio sold Casa Florence in 1932 to New York City department store owner Franklin Simon. In 1979, the home was given landmark status by the Town of Palm Beach. Casa Florence was reportedly one of the first properties in the community to be protected as a historic structure.

Howard Martin Sprock III, founder of Raving Brands, the parent company of Planet Smoothie, Moe’s Southwest Grill and Mama Fu’s Asian House, and former Atlanta realtor, purchased two historical homes in the Town of Palm Beach this year. Mr. Sprock and his wife Leigh-Ann Sprock purchased the updated landmarked house at 9 Goldview Road for $8.25 million last April. The Mediterranean-style house was recently renovated by Interior Designer Betsy Shiverick and local architect, Anne Fairfax. Located just south of Worth Avenue, the residence has four bedrooms, a grandly scaled living room and over seven thousand square feet of living space inside and out. The home was designed in 1926 by Clark Lawrence and underwent several renovations before the local design team turned it into the pristine Italian-style Florida home attractive enough to lure the Sprocks.

Additionally, the Spocks also purchased the historical Palm Beach townhome located at 328 Chilean Avenue for $3 million last February. The property is just steps away from Worth Avenue and they “did it all up,” Mr. Sprock commented, “making it jazzy and cool.” According to its advertised description, the property was built in 1924 and is full of historic beauty and includes a three-and-a-half-bath townhouse and guesthouse. The front facade features archways with columns that create small loggias, with complimenting arches on the second-floor windows. Interior architectural elements include an arched colonnade and staircase, the original fireplace, a barrel ceiling and French doors that offer access to the garden area. However, Mr. Sprock shared that having two houses for only two people was way too much, so he put the property back on the market last summer, pricing it at $4.49 million. The property had a pending offer as of 10/12/2021 according to The Beaches MLS, RX-1073928.

Maurice Fatio was a Swiss-born architect who designed over 200 buildings in the Town of Palm Beach. He moved to Palm Beach, Florida in 1925 and opened an office there. In Palm Beach, he began designing harmonious Mediterranean-style houses and eventually branched out into everything from Georgian to contemporary. Fatio’s designs were recognized as reflecting his keen eye for proportion and symmetry.

According to an article in the Palm Beach Daily News, Fatio was trained in a more classical manner, but he was known to bring a sense of romance to the homes he designed in Palm Beach. Clients asked him to create houses in a range of styles — including Mediterranean Revival, Italian Renaissance, British Colonial, French Normandy and Art Deco — and Fatio’s skill enabled him to do so quite well, according to Albarran. Rather than engineering homes with modern elements of the time like steel and glass, Fatio designed them with earthy materials and native stones. This style became very popular and made Fatio the must-have architect for the affluent locals of Palm Beach.

Historic Preservation in the Town of Palm Beach

For a property to become deemed a historic site in Palm Beach isn’t easy. Just because a property is old does not necessarily mean it is eligible for landmark status. To be considered a landmark, the structure must have historical significance or be an exceptional representative of an architectural style or design or represent the work of a notable architect or master craftsman. In addition to making designation recommendations, the Landmarks Preservation Commission is also responsible for reviewing proposed renovations and alterations to the Town of Palm Beach’s landmarked properties. Presently, 328 of the town’s properties and sites are landmarked.
In 1979, Palm Beach’s Town Council adopted a Historic Preservation Ordinance to help prevent the loss of its local historic resources. The Town of Palm Beach adopted this ordinance to be able to study and protect Palm Beach’s history and ensure the town’s heritage would be pursued for generations to come. The Landmarks Preservation Committee (LPC) has a similar process for determining historic districts or historically scenic areas. A historic district is intended to protect a specific geographic area that is highly concentrated with significant structures. The ordinance provided for the appointment of the Town Council of an LPC, which is comprised of seven members. Six of the members must be residents of the Town of Palm Beach. The council decides which properties and districts are worthy of historical review and makes recommendations to the Town Council regarding landmark designation. The Town Council must ratify the recommendation for it to take effect.

Many 1920s homes have been the focus of restoration in the last several years. This era for Palm Beach was booming. The city developed much more rapidly during the roaring 1920s, which saw a nearly four-fold increase in population between 1920 and 1927. As a result, the construction of many of the city’s historical buildings and neighborhoods grew.

For a structure to qualify to be placed on the National Register of Historic Places, it must be at least 50 years old and considered to have historical significance or integrity. If a property’s artistry and architecture are representative of an era or the work of a noted architect, it may be eligible. However, if a home undergoes extensive renovations, it may lose its integrity and no longer qualify to be on the National Register. If a property is designated on the National Register, this means it has met the standards for federal historic designation. However, local governments determine the acceptable changes and additions that can be made to a home or building.

According to Palm Beach Daily News, historical home restoration has been trending in Palm Beach through recent years and many real estate investors are joining in.