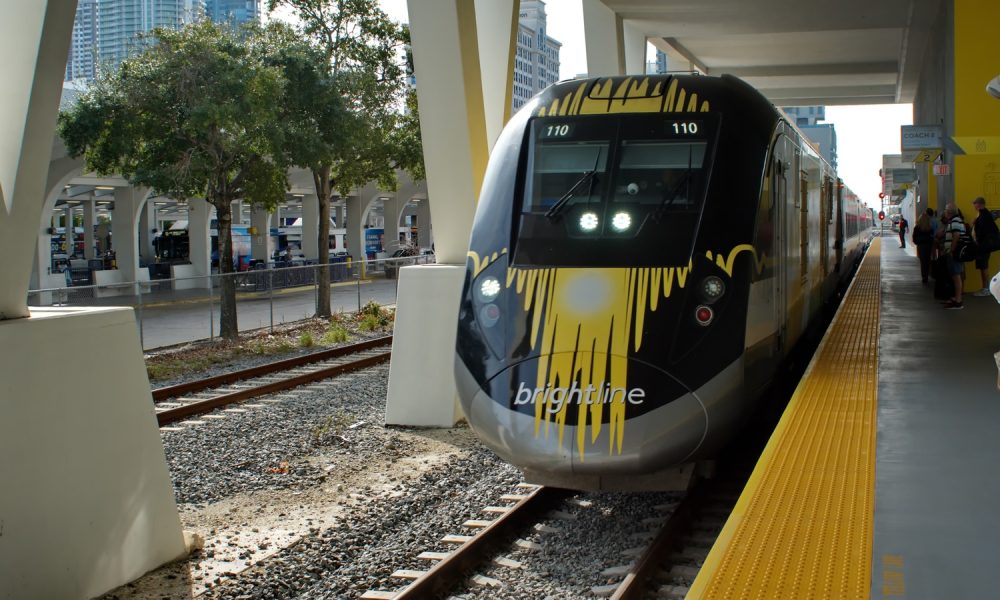 While we Americans proudly embrace the ideals we are known for—innovation and invention, the U.S. is also no stranger to hijacking great ideas from Europe. From our gastronomy to our couture, bits and pieces of European heritage are embedded into our lifestyle. Are we about to add one more amenity to the list… high-speed rail travel?

The U.S. is far behind on high-speed rail compared to other countries, and while the U.S. department of transportation waxes and wanes in its attitude toward high-speed rail depending on the current administration, eager visionaries think that there is a time and place for its success here in the U.S., and that the time is now.

Greenbiz suggests “the U.S. is at the precipice of a major shift where technology, politics and climate action all come together to help spur the adoption of high-speed rail.” West coast developers plan to provide 50 million one-way trips occur annually between LA and Las Vegas. They plan to begin partial operation in 2029 and complete much of the project by 2033.

Here in Florida, a real estate developer owned by Fortress Investment Group began construction of the inter-city Florida rail route, Brightline, in November of 2014. Brightline is owned by Florida East Coast Railway and it is the only privately owned and operated intercity passenger railroad in the United States.

Currently in operation from West Palm Beach to Miami, with a stop in Fort Lauderdale, Brightline just added two more stops to its high-speed rail system, for a total of five;  has just purchased more land for a station in Cocoa Florida; and will open its Orlando hub this year. What makes South Florida perfect for the company’s national debut of high-speed travel? Similar to the geography and heavy traffic to key cities in Europe, where the Eurostar, which has lines in the UK, France and Belgium and can move travelers move from point A to point B at speeds of up to 186 miles per hour, South Florida has these key components:

Chicago based Jones Lang LaSalle just stated that the absorption of office space in the Miami-Dade, Broward, and Palm Beach counties were all positive by the end of last year, and Miami-Dade had its strongest year in decades. Add West Palm Beach’s burgeoning financial center to the mix and one can easily imagine the desirability of an easier, more reliable, and comfortable solution for in-person inter-city business meetings. Especially when considering the alternative of driving which may entail navigating unfamiliar city streets and combatting I95, one of the busiest and most accident-prone highways in the nation.

And, don’t underestimate the lure of recreational opportunities for Floridians. The combination of retirees and top tier executives residing here serves to provide South Florida with an enthusiastic audience for its fine art, athletic and social events, and an appreciation for quick and carefree transit. The two new stations that just began service in Boca Raton and Aventura mean Boca residents can get to Miami for a Dolphin game in minutes; Aventura shopping is just a short and very comfy commute, complete with wine and luxe travel amenities; and there is no need to grab anything except a fanny-pack for a day at the Sunfest beach party in Downtown West Palm.

This month Brightline announced that it was partnering with Uber, the global online transportation network that offers several types of ride options from economy to luxury. In a statement released by President of Brightline Patrick Goddard and Uber’s head of Partnership for Transit, Dmitriy Vanchugov, they said they intend to make South Florida travel even more seamless. When passengers use the Brightline app to book their train ticket, they will also be offered the ride share service to bridge first and last-mile gaps and have the added convenience of their ride waiting curbside when they step off the train.

High-speed rail could also be an important underpinning in the success of the unprecedented growth happening in Florida right now, thanks to major megaproject builds, posh redevelopment of trendy urban areas, and billionaires like hedge fund mogul Ken Griffin’s interest in the area. Some of the locations of rail stations are the basis for the buildout of new urban transit hubs that are attracting investors eager to cash in on the real estate and revenue opportunities, where special areas dedicated to transit-centered development include a close mix of places to live, work, shop, eat, and enjoy nightlife.

A Model for the Rest of the Country

Brightline can be proud of the fact that their Florida project could prove to be a viable model for the entire U.S. Brightline President Patrick Goddard said they want to lead the way toward a long overdue train travel revolution in the country, and by all accounts, Florida’s Brightline is indeed the nation’s inaugural high speed rail system.

Their affiliate Brightline West is currently developing a rail system that will connect San Francisco to LA, reducing a seven-hour trip by car down to under three hours. They also have a similar project underway to connect LA with Las Vegas, cutting the popular four hour and six-minute route by car in half, thanks to an expected top speed of 180 miles per hour.

Tickets are available for purchase on Brightline’s app and its website, gobrightline.com.

David E. Klein, Esq. and Guy Rabideau, Esq. at Rabideauklein.com are among the few attorneys that are Florida Bar Board Certified in Real Estate Law. With extensive experience in complex acquisitions and dispositions, as well as business formation and restructuring, the Rabideau Klein firm is well positioned to offer thoughtful, effective legal counsel as needed in real estate development. Click here to contact Rabideau Klein to discuss the legal implications of your next Florida property transaction.